In quite possibly the worst news to start deadline day, Arsenal got rid of Gunnersaurus in a ‘cost cutting’ exercise after deeming his role no longer necessary and although they claim he will be back Mesut Ozil has offered to step in and pay his wages in the meantime. 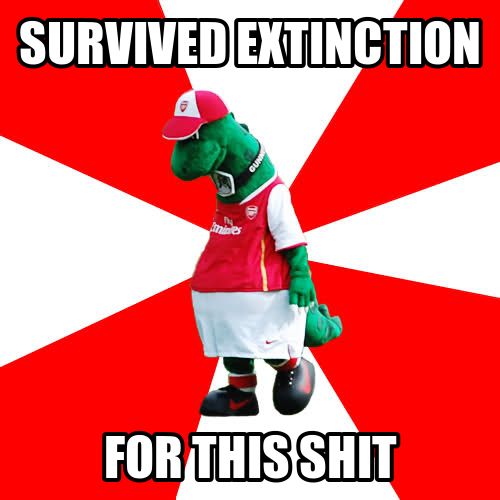 Back when Mesut Ozil refused to take a paycut until Arsenal proved the money would be used to save jobs, I don’t think any of us thought we’d see Gunnersaurus’s position put at risk.

Writing in the Athletic, David Ornstein said, “Arsenal’s COVID cuts have claimed another victim in the shape of dinosaur mascot Gunnersaurus. Jerry Quy, who has played the role since its inception in 1993, has been let go as part of the club’s ongoing streamlining process.

“In August, Arsenal announced the decision to make 55 redundancies due to the effects of the coronavirus pandemic on the club’s finances. Many departments have been affected, from scouting through to retail and marketing. As a part-time role, Quy’s departure is not counted among the 55, but is nevertheless part of the same cost-cutting process. The absence of fans has had a significant impact on a club who rely on matchday revenue more than their competitors — and with no supporters in the ground, Quy’s Gunnersaurus role has been deemed no longer necessary.

“Arsenal confirmed Quy had left his post as they strive to do everything more efficiently. However, they insisted the beloved mascot will return.” 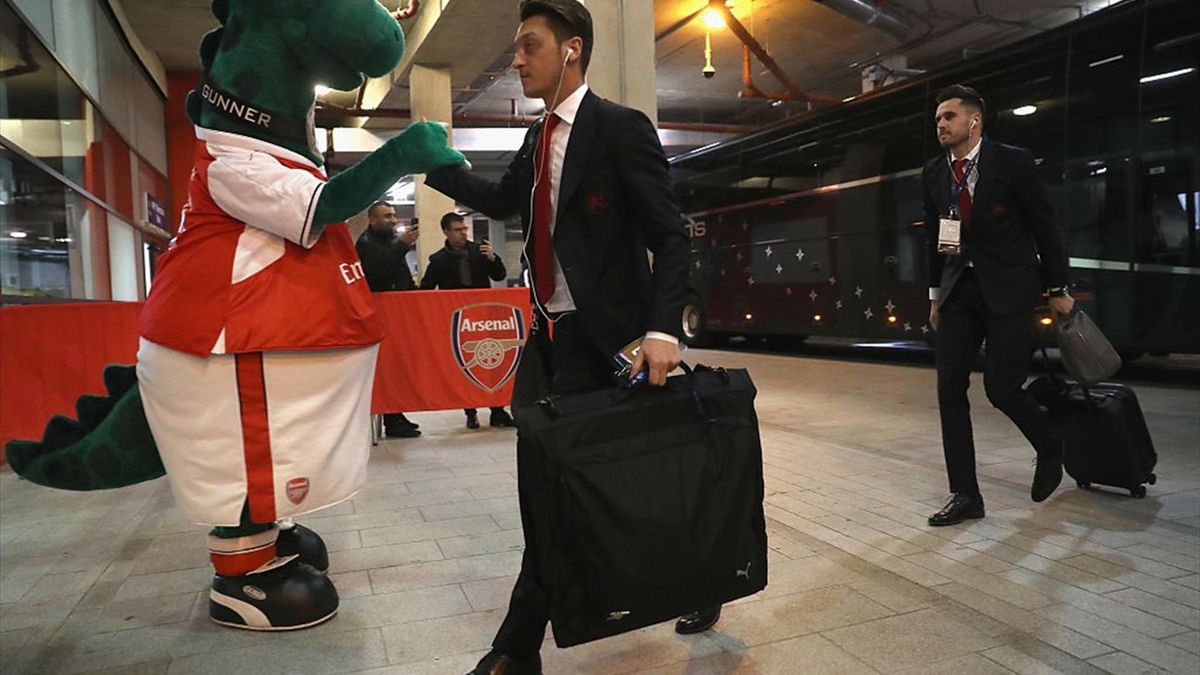 While it’s easy to say we understand the reasoning, Quy’s salary must be so negligible when compared to even young players at the club, you have to think this will do more harm in the eyes of fans than any good Arsenal will manage with the money they save.

Then again, fans liking him isn’t what Stan Kroenke is here for. He’s here for the money in his pocket, the latest of which he’s taken straight out of the club mascot’s.

On Tuesday, Mesut Ozil, his finger clearly on the pulse when it comes to gauging the mood around this issue, played a masterstroke in his war of PR against the club when he offered to cover the cost of Jerry’s wages.

I was so sad that Jerry Quy aka our famous & loyal mascot @Gunnersaurus and integral part of our club was being made redundant after 27 years. As such, I’m offering to reimburse @Arsenal with the full salary of our big green guy as long as I will be an Arsenal player… pic.twitter.com/IfWN38x62z

… so Jerry can continue his job that he loves so much. ❤️🙏🏼#JusticeForGunnersaurus #M1Ö #YaGunnersYa

Arsenal have apparently responded by saying that Gunnersaurus is not extinct and will return to action when fans are allowed back at matches.”

Martin Odegaard wants another goal in the North London derby

Takehiro Tomiyasu already topping the league in one statistic