Official release pictures of the Arsenal 2020/21 third kit worn by players leaked this week, ahead of the shirt’s release later this month.

FootyHeadlines posted leaked pictures of the Arsenal 2020/21 third kit on Friday, as we await the official release. As you can see, the shirt is mostly dark navy with a tie-dye graphic print. For the stripes, badges and logos they’re using a light orange.

The collar is similar to the one on the new Arsenal goalkeeper shirt, and they have a cannon badge on the back as with both the home and away shirts.

The team will wear the shirt along with blue shorts and navy socks, so it’s a full blue kit bar the orange accents.

FootyHeadlines expect a release this week. Though it’s worth mentioning they previously gave a release date of August 20th, so it clearly isn’t set in stone. We should get it soon enough, given the Premier League season starts on Saturday.

According to the same source, the initial price is $90 – which translates to £68. I’d probably expect the base UK price to be closer to the £60 of the home shirt, but we’ll see. 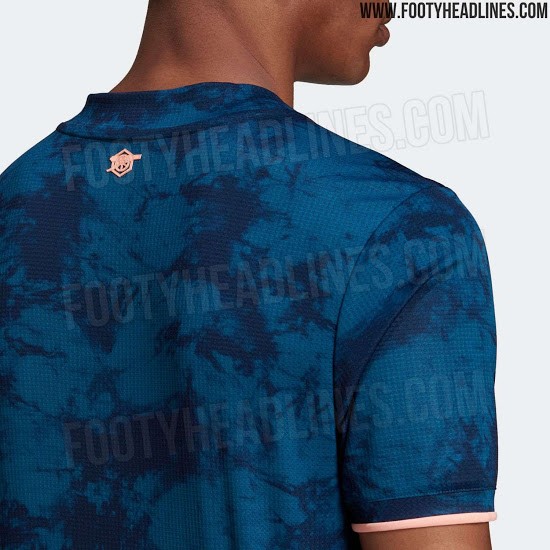