Arsenal are on the verge of announcing a contract extension for Pierre-Emerick Aubameyang after agreeing a three-year deal and Mikel Arteta has told any worried fans to ‘relax’.

ESPN report that Arsenal should finally announce a new contract for Pierre-Emerick Aubameyang in the ‘next few days’. That was a few days ago. The announcement is expected imminently.

We’d hoped, if all went according to plan, that we would get the announcement before the Premier League kicked off this weekend when Arsenal traveled to Fulham. That was according to multiple reports.

Speaking to the media before the game against Fulham, Mikel Arteta was asked about the situation.

“I can say that I am even more confident than I was at the end of last season when you asked me the same question 10 times!” Arteta said.

“I am very optimistic. I think [those fans who are worried] can be pretty relaxed!”

Aubameyang has agreed a three-year deal with the club worth £250,000-a-week but that could go as high as £350kpw+ with bonuses:

Pierre-Emerick Aubameyang to end speculation over Arsenal future by signing new 3yr contract, which will enable him to become best-paid #AFC player. Arteta intervention key & relations with 31yo + father fundamental to getting deal over line@TheAthleticUKhttps://t.co/dLGcRs9dXX

ESPN reported something similar earlier in the month, but at that stage they claimed there were still some minor issues to resolve before the striker put pen to paper. It appears they’ve now sorted the final details and are ready to make it official.

It’s certainly not the first time we’ve heard that an announcement is almost imminent. Sky’s Mario Giunta said the same thing before the Community Shield. But Sky often seem to jump the gun on these things.

You hope Arsenal are aiming to announce it before the first game of the season. It gives the squad a bit of a boost knowing Aubameyang is sticking around and takes away the looming distraction of negotiations. 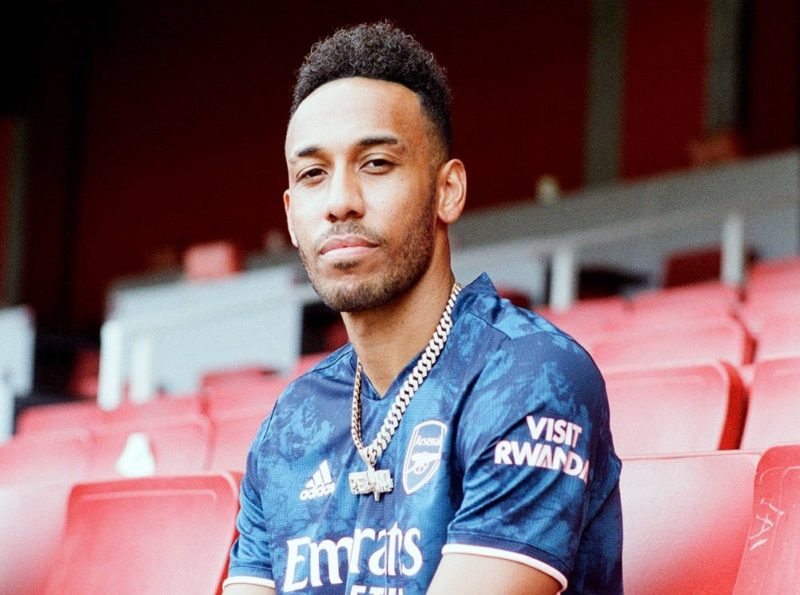 Speaking on Match of the Day on BBC One on Saturday night, Ian Wright, said, “He will be their best signing.

“I’m going to go and see papa Aubameyang tomorrow. They have to sign him. It’s as simple as that.”

Alan Shearer then asked him: “Will you take him the contract yourself?”.

Wright replied: “If I have to! We have to sign that guy.”

Where does Aubameyang rank on Arsenal’s all-time greatest goalscorers list?

Aubameyang is currently ninth highest goalscorer in the history of Arsenal, moving ahead of Freddie Ljungberg with his goal against Fulham. He needs just another eight goals to equal Alexis Sanchez’s 80.

With Auba expected to stay at Arsenal for another three years, if we estimate he will score 20-a-year at the club, a conservative estimate for sure, he would equal Robin van Persie’s total. The smart money is on Aubameyang to knock the Dutch Skunk out of the top three.