Boosted by winning the LaLiga title for the first time since 2017, Real Madrid retained its position the most valuable football club brand in the world for 2020, but against a backdrop of economic and social disruption, caused primarily by the COVID-19 pandemic, their brand value declined by 14% to €1,419 million, according to the latest edition of the Brand Finance Football Annual, but Arsenal’s declined by a larger percent. 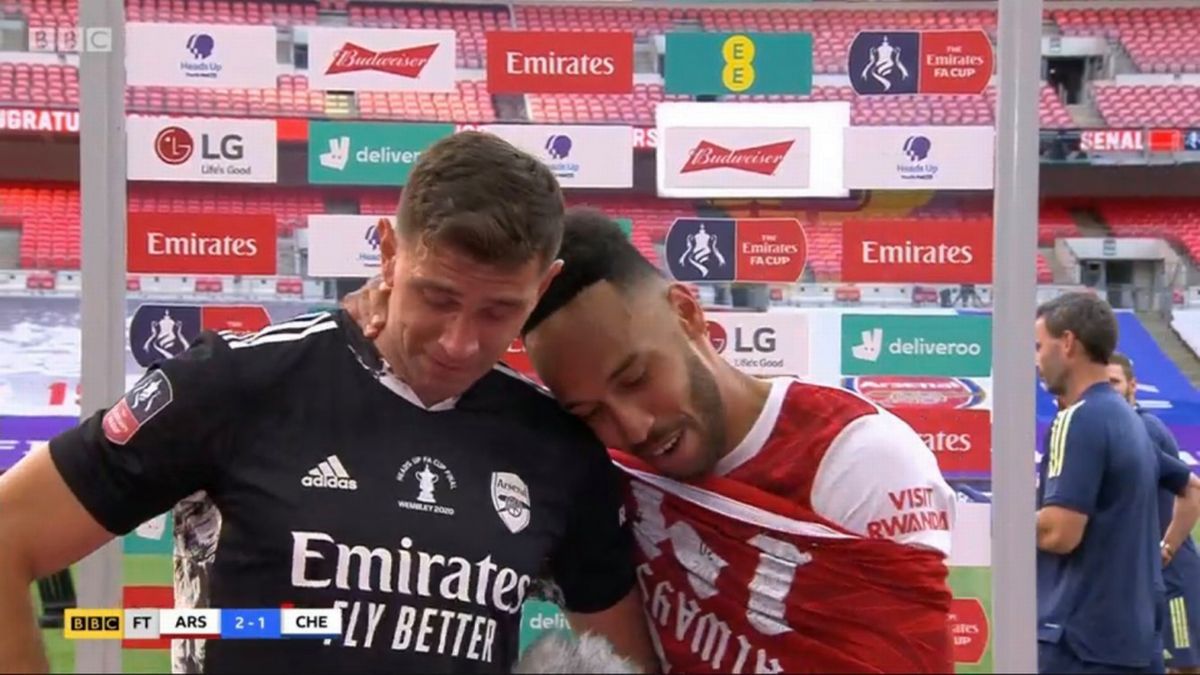 Real Madrid’s disappointing on-pitch performance prior to 2019-20, which saw an earlier-than-normal exit from the UEFA Champions League in 2018-19 and a second successive season adrift of LaLiga champions Barcelona, eroded the club’s dominance of the Brand Finance ranking.

The situation was exacerbated by COVID-19, along with a lack of stability around the management of the team. Barcelona, Real’s fierce rivals, are just €6 million behind Real with a brand value of €1,413 million, supported by strong and diverse revenue generation and continued domestic performance in Spain.

Real Madrid is not the only club to see a drop in brand value this year. COVID-19 has caused the total value of the top 50 football brands to decrease for the first time in 6 years. Through its effect on the three main revenue streams – Matchday, Broadcasting, and Commercial – €751 million or 3.7% has been knocked off the cumulative brand value of the world’s top 50 most valuable football clubs.

The COVID-19 pandemic has challenged professional football worldwide and across all levels. After the enforced break of around three months, most leagues resumed with a behind-closed-doors format that excluded spectators. Matchday income for the 501 games remaining in the big 5 leagues dropped to zero, but it is often the smaller clubs and leagues which are more reliant on this revenue stream – in Scotland it makes up 43% of total revenue, compared to only 13% in the Premier League. Broadcasting contracts also took a hit and Premier League clubs were required to repay over £330m to domestic broadcasters (22% of the annual total).

There have been some positive signs, as Southampton vs Manchester City on BBC broke the Premier League TV audience record with 5.7 million viewers, but the longer-term damage to the game’s economic structure has yet to be revealed.

Richard Haigh, Managing Director of Brand Finance, commented: “Top-level football has been confronted with the largest existential threat since the Second World War.

“Loss of income, coupled with health concerns about mass gatherings, have raised question marks about the future of the industry and the financial resilience of clubs across all levels. The full damage of the COVID-19 crisis has yet to unfold and it is not inconceivable there will be casualties in the form of club bankruptcies and changes in ownership.”

Real Madrid and Barcelona are followed by a cluster of English Premier League clubs in the Brand Finance Football Annual 2020 ranking, with Manchester United in 3rd position after their brand value fell by 11% to €1,314 million. Liverpool, who won their first league title since 1990 in runaway style, are in 4th spot jumping above Manchester City in terms of brand value, rising from €1,191 million in 2019 to €1,262 million, a 6% increase. Chelsea dropped one place in the table to 8th after their value fell for the fourth consecutive year to €949 million. This was arguably due to the club being absent from the UEFA Champions League and also suffering a transfer ban after being charged with breaking Financial Fair Play Regulations.

Of the Premier League’s top six clubs, only Liverpool and Tottenham Hotspur, the UEFA Champions League finalists in 2018-19, saw their values increase. Tottenham, now playing at their state-of-the-art stadium, enjoyed a 3% improvement in their brand value to €784 million, with the promise of further growth as they embarked on their first full season at their new home in 2019-20.

Healthy attendances and high levels of broadcasting revenue earlier in the season had a positive effect on other Premier League clubs. Leicester City’s brand value is up by 44% to €333 million, while Chinese-owned Wolverhampton Wanderers, with their biggest crowds in 50 years are 30% higher at €242 million.

Conversely, some Premier League clubs have experienced a sizeable drop in their brand value, such as Bournemouth (-31%), Watford (-21%), and West Ham United (-18%). One of the biggest fallers is Arsenal, who have lost almost 19% and are seeing their place in the top 10 in some jeopardy, finishing outside the Premier League top 6 for the first time in 25 years.

After going through a period of discontent during the latter years of the Arsene Wenger era, Arsenal have struggled to regain their position as a Champions League club, which has started to be reflected in their revenues and bottom line.

Bayern Munich, who remain Germany’s footballing powerhouse, are the 6th most valuable club. Bayern, one of the most proficient clubs in the world at generating commercial income, now has a brand value of €1,056 million, 20% lower than a year ago.

Despite the drop, Bayern are the clear leader among ten German clubs in the top 50 and their brand value is more than double their nearest challengers, Borussia Dortmund (down 9% to €487 million). While most Bundesliga clubs’ value is lower this year, 1. FC Köln is buking the trend to become the fastest growing in the whole top 50 (+47%), followed closely by RB Leipzig (+43%). Köln are now reaping the benefits of being back in German’s top-flight and Leipzig are continuing their growth trajectory and gaining a reputation for player development.

Bayern’s dominance in Germany is matched by Paris Saint-Germain in France, although European success still eludes the club backed by Qatar Sports Investments. At €967 million and ranked 7th overall, PSG’s brand value, like their playing budget and transfer market capability, is substantially higher than their Ligue 1 opponents. Lyon, the next highest-placed French club in 30th spot, has a brand value that is less than one-fifth of the PSG total. The third French club to make the list is Marseille, ranked 38th.

Juventus, Italy’s leading club, remain outside the top 10, but the margin between 11th and 10th has reduced by over €100 million. At the same time, the gap between Juventus and the 12th club, Borussia Dortmund, has increased by more than €100 million. Juve’s domestic rivals are not closing in on them either. Inter Milan, the second highest placed Serie A club, failed to grow and AC Milan’s ongoing lacklustre performance is contributing to a 35% loss in their brand value.

The Bundesliga, Ligue 1, and Serie A do not have the same level of global reach of the Premier League and LaLiga, as confirmed in Brand Finance research among football fans in the US and China, two fast-emerging nations in the sport. While the Premier League and LaLiga are watched in both countries, the Bundesliga has a growing following in China, but is substantially behind both English and Spanish football. Serie A and Ligue 1 have a lot of ground to make up in building their global franchises.

Unsurprisingly, the top five leagues dominate the brand rankings with only four clubs in the top 50 from a league other than England, France, Germany, Italy, and Spain. The highest-placed club from outside that group is the Netherlands’ Ajax (27th), followed by Portugal’s Benfica (46th), Celtic of Scotland (48th), and Russia’s Zenit St. Petersburg (49th).

Aside from calculating overall brand value, Brand Finance also determines the relative strength of brands through a balanced scorecard of metrics evaluating marketing investment, stakeholder equity, and business performance. Along with the level of revenues, brand strength is a crucial driver of brand value.

Despite the economic backdrop, club brand strengths have remained robust, with half of the top 50 growing in the past year. Real Madrid continue to have the strongest brand with a rating of 94.9 and their Spanish rivals Barca are in second position with 93.6 – both slightly down on 2019. Liverpool move above Premier stablemates Manchester United to become the strongest Premier League brand with a rating of 93.2. Valencia and 1.FC Köln, with increases of +10.5 and +8.3 points respectively, recorded the highest rates of growth.

Having retained their place as the most valuable and strongest brand in football, Real Madrid have also retained the top spot for the most valuable business in the industry, with an enterprise value of €4,198 million. A notable improvement in enterprise value is that of Tottenham Hotspur who climbed to 9th in the ranking with a value of €2,114 million off the back of posting record breaking profits largely as a result of a strong Champions League run in 2019 and increased gate receipts from the new stadium.

Tottenham Hotspur have also risen from 4th to be this year’s title winners for stadium performance, according to Buro Happold’s Venue Performance Rating system. A major factor in this success were a number of experiential and revenue-generating features – such as a Tunnel Club, Sky Lounge, micro-brewery, 360-degree concourses, and safe-standing capability, among others.

Last year’s winner, Real Madrid’s Estadio Santiago Bernabéu, slips to 5th, primarily because it scores so poorly with regard to the aforementioned features, and this is clearly a reason why the stadium is undergoing renovation. Nonetheless, 5th is still a huge achievement, and is attained by strong performances in several areas – such as metrics corresponding to acoustics, compactness, and location.

“Buro Happold launched the Venue Performance Rating system last year when it appeared in the Brand Finance Football Annual 2019, and it is now used again as part of the brand assessment for the largest 50 clubs in Europe. The aim has always been to introduce ‘stadium science’, inspired by how ‘sports science’ has transformed the way in which clubs appraise players.”

“It includes special contributions by LaLiga, PSG, and ABSA, among others.”