Arsenal are apparently interested in signing Quincy Promes from Ajax and the player would love to come to London and the Premier League. 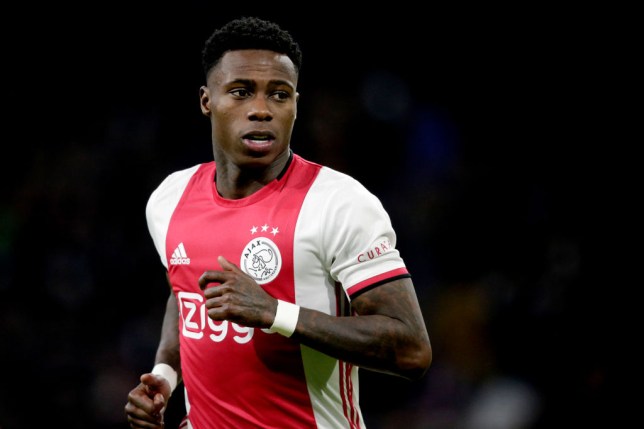 Arsenal are apparently still interested in Ajax’s 28-year-old striker who will reportedly cost around £25m.

The club looked at signing the player last summer and have been linked with him since at least 2016. Back then, he was 24, worth £11.6m and playing for Spartak Moscow.

Arsenal are reportedly ready to cash in on Alexandre Lacazette but it’s hard to see how they would get much more for the forward they already have than the £25m Ajax allegedly want for Promes.

Promes scored 12 goals in 20 Eredivisie games this season and picked up four assists. That comes on the back of just three goals (and nine assists) for Sevilla in 49 games.

The Dutch left winger, who can use both feet, first moved to Ajax in 2002 when he was just 10 before moving to Haarlem Youth, FC Twente, and Go Ahead Eagles on loan. Twente sold him to Russia for £10.35m and he scored 66 goals, with 33 assists, in 135 games for Spartak Moscow.

The S*n report that ‘a source close to the player’, said,”Quincy would go [to Arsenal] in a heartbeat.

“It would be a great move for him – and Arsenal.”

‘A source close to’ often means the person themselves.

Quincy Promes is under contract with Ajax until 2024, having signed a five-year deal when he returned to the club.

His current market value is around £15m but the length of his contract will likely see that increase.