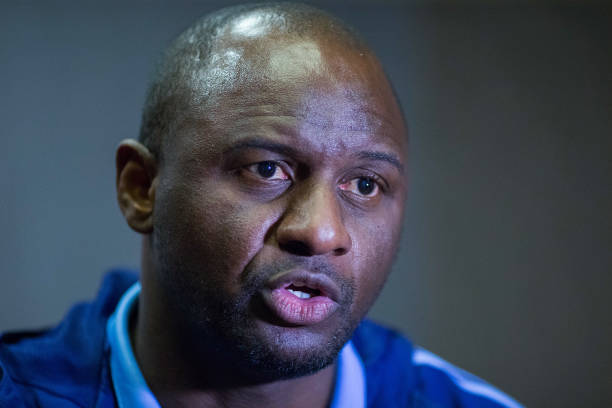 Today is Patrick Vieira’s birthday, so I thought it might be nice to look back at why he left us in the first place…

When Thierry Henry was appointed as the manager of Monaco, a number of people woke up to the fact that Patrick Vieira was already managing in Ligue 1.

When Arsenal were looking for a replacement for Arsene Wenger, Vieira revealed that he had spoken to the club and felt ‘ready’ to come back.

But why did he leave in the first place?

“After nine years at Arsenal, I was 29/30-years-old and 30-years-old in football you start to get old,” he said during his time as the New York City FC coach.

“You can see that the coach doesn’t trust you like he used to. That’s part of the game. It’s difficult and I accept it because we had a young player called (Cesc) Fabregas who was coming through the academy and he was doing really well.

“So I was smelling that the time for me at Arsenal was over.

“I had to accept it was over and I had to make a difficult decision as well because leaving Arsenal, where you’ve spent nine years, is really difficult and it hurts your pride a little bit. As a player you feel proud but I made the decision because I wanted to play every game and I decided to go back to Italy.”

While Vieira sums up his decision to leave north London neatly in his talk, I have no doubt it was genuinely a difficult decision. The Frenchman made 279 league appearances for the Gunners, scoring 29 goals and leading the squad to three titles, three FA Cups and three Community Shields. He was also a linchpin in the Invincibles’ starting line-up.

Many still see him as Arsene Wenger’s most important signing and it’s hard to argue against that. I think he would make most people’s top three, at the very least.

Vieira’s move away from Arsenal had been on the cards for at least a season. Real Madrid had made it very clear in 2004 that they had their hearts set on signing the then-28-year-old. While he never actually moved to La Liga, I imagine he had one eye on the exit from earlier than he claims… “That’s part of the game,” he adds.

Speaking to The Times, Vieira revealed he was one of the candidates on the initial list Ivan Gazidis, Sven Mislintat and Raul Sanllehi drew up to replace Wenger before they ultimately went with Unai Emery.

“Their executives met through a process which included a conversation with me but it didn’t go any further,” he admitted. “I have been allowed to grow as a coach and gain valuable experience. That has helped me become much more clear in my approach, my vision of football.”

Speaking to Goal, the Frenchman anticipated their line of questioning as they asked how he had improved as a manager during his time at New York City.

With a ‘wry smile’ on his face, Vieira said, “If the question is if I’m ready.