The United Arab Emirates (UAE) must be held accountable for the torture and ill-treatment of human rights defenders and activists in prisons and secret detention centres, say four human rights groups on the International Day in Support of Victims of Torture. 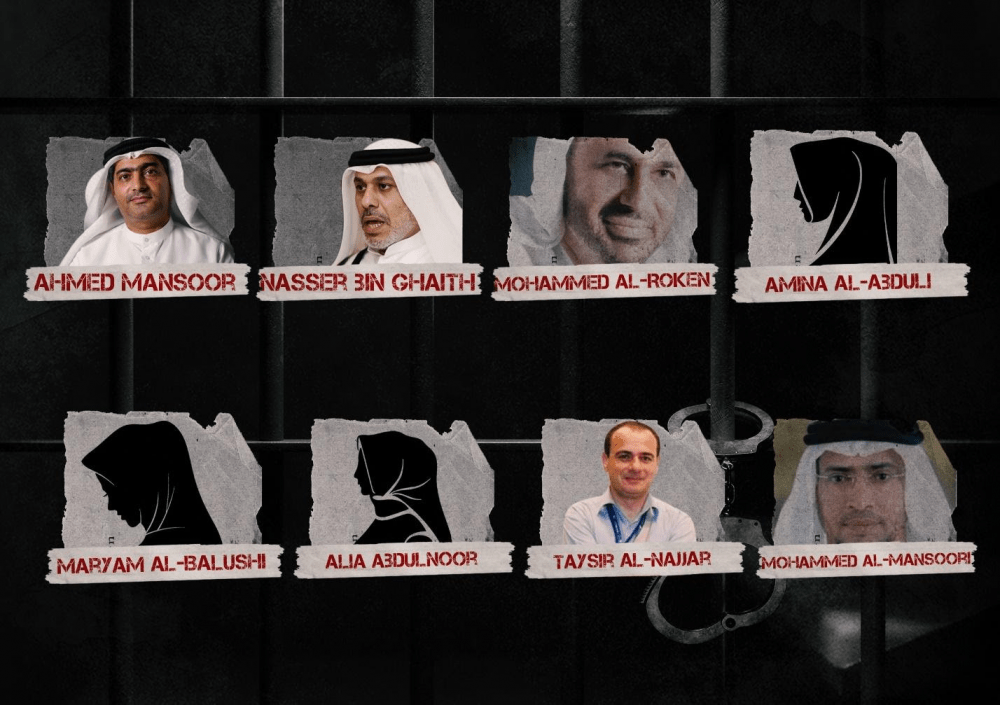 The Gulf Centre for Human Rights (GCHR), the International Service for Human Rights (ISHR), the International Campaign for Freedom in the UAE (ICFUAE) and the World Organisation Against Torture (OMCT) have released their submission to the United Nations Committee Against Torture (CAT), which was postponed this year due to the COVID-19 crisis until April 2021 at the CAT’s  71st session.

Arsenal fans need to speak out and say “Not in our Name!”

“The upcoming review of the UAE is all the more urgent in light of the country’s persistent non-compliance with the Convention against Torture,” says Gerald Staberock, OMCT Secretary General. “Despite the State ratifying the Convention in 2012, torture continues to be widespread in the UAE criminal justice system, from arrest and interrogation to detention.” This initial review comes almost eight years after the UAE’s ratification of the Convention against Torture and Other Cruel, Degrading or Inhuman Treatment or Punishment.

“We’re particularly concerned that human rights defenders, including GCHR’s Advisory Board member Ahmed Mansoor, are being kept in permanent solitary confinement in unhygienic conditions, which puts their mental and physical health in jeopardy,” says Khalid Ibrahim, GCHR Executive Director. In addition, with the spread of COVID-19 in UAE prisons, the lives of all prisoners are currently at risk, whether they are held in isolation or in overcrowded cells.

According to the report, “The UAE authorities have prosecuted and imprisoned scores of human rights defenders, political activists, journalists and critics, and systematically silenced peaceful dissenting voices. The crackdown on the right to freedom of expression has been so severe that, today, freedom of speech and civic space are virtually non-existent in the country.”

“Such practices reflect the authorities’ utter disregard for fundamental rights and human dignity, and inflict an immeasurable mental and physical toll on prisoners’ health. As such, we remain deeply concerned about Maryam Al-Balushi, a young Emirati woman, who after years of suffering degrading treatment and solitary confinement was left with no choice but to attempt suicide in an isolation cell in Al-Wathba prison,” says Sofia Kaltenbrunner, ICFUAE Campaign Manager.

In this report, GCHR, ICFUAE, ISHR and OMCT summarise the situation concerning torture in the UAE, including its laws and international obligations; the practice of torture and cruel, inhuman or degrading treatment in prisons in the UAE, with specific cases of human rights defenders and other prisoners including women; the use of forced confession; the lack of redress for victims of torture; and the reaction of the state to reports of torture; in addition to providing recommendations to the UAE.

Written by International Campaign for Freedom in the UAE