Arsenal’s and VBet: The Relationship 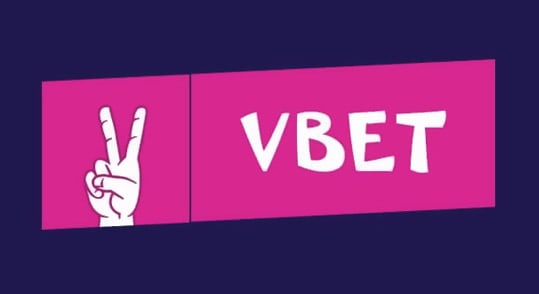 In 2016 Arsenal announced its partnership with BetConstruct and the relationship was very much seen as an opportunity to develop a long term relationship with Arsenal lending its brand and values to support the growth of BetConstruct.

Fast forward to June of 2019 and the relationship had flourished when one of BetConstruct’s operators, VBet signed a sponsorship deal with Arsenal to become its official betting and gaming partner. The 3-year deal will continue until 2022 and appears to focus on VBet creating a raft of content and exclusive offers aimed at the Arsenal fan-base.

Whilst this does not mean that Emirates will be replaced on the team kit any time soon, VBet has been making its presence known across Arsenal’s online presence and in various locations around the Arsenal stadium.

A bonus to both VBet and Arsenal emerged when former Arsenal Midfielder Ray Parlour aka The Romford Pelé, agreed to be the face of VBet as its ambassador. This has been an unexpected PR coup as Parlour was always a firm favourite of Arsenal fans as a result of his solid performances on the field. His post-Arsenal career has seen him appear as a pundit on many TV and Radio sports shows, adding to the profile he brings to VBet.

Gambling Sponsorship Within the Premier League

Casino sites operators are not intuitively associated with the Premier League, and this is perhaps in part because the League as an entity has not paired up with a gambling partner. However, each of the 20 clubs that take part in the League has some form of sponsorship with a gambling company. 10 have even gone as far as having a betting company as their shirt sponsor. It goes without saying, gambling firms sponsoring Premier League teams operate some of the biggest licensed casino and betting websites in the UK.

The freedom of the clubs to engage with betting companies as their sponsors has led some campaigners to raise their concerns over the “gamblification” of football. However, in a recent Guardian interview, the League’s recently appointed chief executive, Richard Masters, stated that whilst the League was not “sniffy about it”, he did welcome the need for stronger regulation and underlined a willingness to cooperate in the UK government’s review of the 2005 Gambling Act.

For the 2019-20 season, shirt sponsorship from the gaming sector amounted to around £68.6m which not only accounts for a near 20% of the total revenue from shirt sponsorship but also contributed to the 10% increase in club revenue from the previous season. But as we all know, shirt sponsorship is not the be-all and end-all. Deals like the one struck between Arsenal and VBet also play an important part in both ensuring a club is sustainable as well as boosting the brand awareness of both the team and its sponsor.

What Does VBet Bring to the Game?

But who are VBet? Backed by the regular deluge of ground-breaking technology supplied by its partner company BetConstruct, VBet is one of the fastest-growing operators of the 2010s. As per BetConstruct itself, we are talking about a fast growing company with multiple gaming licenses from around the world. The appointment of Viktor Hoffman as VBet‘s marketing chief in June of 2019 was heralded by BetConstruct’s CEO, Vigen Badalyan as a great opportunity to take VBet to the “next stage of growth”.

Is it a coincidence that this change coincides with the Arsenal-VBet partnership starting? Perhaps not. The planning and constant push for development and exploration of new areas of business are a characteristic of BetConstruct’s ethos. Encouragingly, this is something which the team at VBet have bought into and has enabled the relationship with Arsenal to flourish.

VBet and BetConstruct have continued to push forward the development of their products, with the two collaborating on a live casino studio in March 2020. Whilst VBet has come to the table as Arsenal’s official betting and gaming partner, its role runs deeper as a provider of content. This includes a content series called “The Breakdown” featuring Gunner veteran, Adrian Clarke. The show offers a deeper look at the tactics and statistics of Arsenal’s games. The addition of fan-driven content such as this will open up their appeal to a whole new audience whilst offering existing fans a fuller Arsenal experience. According to Arsenal’s Commercial Director, Peter Silverstone, this may only be the tip of the content iceberg with the “promise of unrivalled content and… exclusive offers” already in development.

The Benefits of Association

There is no doubt that VBet’s sponsorship came at a good time for Arsenal, having lost several sponsors in the first half of 2019. The partnership with VBet has been able to tick a lot of boxes, in terms of Arsenal’s continued financial security. However, beyond the finances, as a content provider, VBet can bring its expertise in attracting and engaging with audiences to help raise the Arsenal profile to a new generation of fans.

On top of this, VBet’s specialisation in B2C relationships is being brought to bear as it offers Arsenal fans an entry point into a safe online gaming environment. Coupled to Arsenal for at least the next two years, VBet will become part of the club’s illustrious history.

Will VBet create new products that tap into Arsenal’s rich tapestry? While the possibility of an Arsenal themed game is hard to rule out, it is more likely that the two firms will come up with something more innovative to keep fans enthused, especially at a time when joining the roar of a stadium remains a distant memory.

Sponsorship among the Premier League is a means of survival for clubs, especially in recent times. Increasingly the deals are made with gaming companies who have their vested interest in the sporting business, but this in itself is no bad thing.

The wealth of expertise in both marketing and product delivery is being cautiously welcomed by the clubs and the Premier League as a whole. Will more teams adopt gaming companies into their Shirt Sponsorship deals? It’s not clear that they would, or that many gaming companies would want to.

Whilst Arsenal is paired up with Emirates until at least 2024, the statements from both VBet and Arsenal indicate a resounding focus on developing a deeper relationship with the fans, rather than scoring a more traditional position on the players’ chests. Perhaps this is a moment where Arsenal’s motto comes into its own as they set their eyes on the future: Victoria Concordia Crescit (Victory Grows Through Harmony).

How much is Bukayo Saka worth?