The Premier League have reportedly told players to be fit to return by May 16 with a view to restarting football in mid-June.

It sounds highly unlikely at this point that football will be able to return at any point this summer.

May 16 is just over a month away and only on Thursday did one of the government’s chief medical officer’s say we are still at least two weeks from the peak of the UK’s crisis – and they’ve downplayed just about everything until this point, so I wouldn’t believe too much of what he says.

On Friday, the UK recorded its most deadly day of the pandemic so far and the total of 980 dead that was announced did not include care home deaths in England where you only count towards the total if you are helpful enough to die in a hospital.

By the time this post has gone live, the UK’s death total will most likely have passed 10,000 with the peak still some time away.

Still, at least Boris Johnson is out of intensive care, so everything is OK: 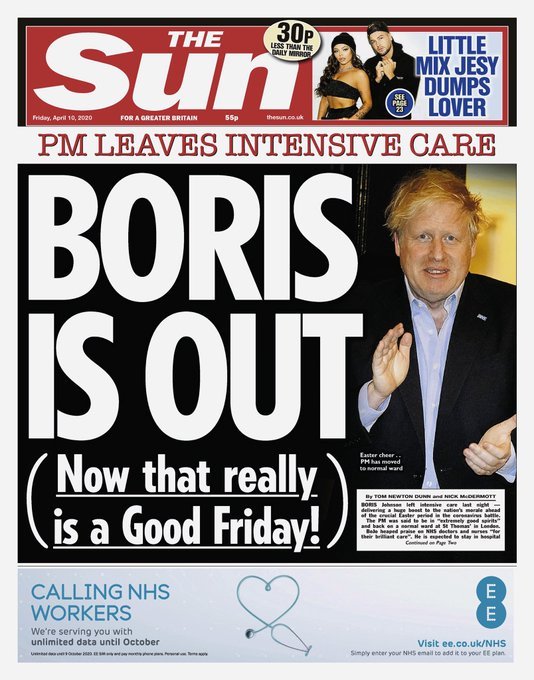 That front page on Friday from The S*n came after the UK recorded a daily death total higher than Italy and Spain’s peak total.

With almost 1,000 UK citizens dying the day before, at least we can be happy the man largely responsible for the wildfire spreading through the UK, the government and his own family due to his own hubris, is OK.