Olivier Giroud is on his way to Italy after Chelsea and Inter Milan reportedly agreed a €5m plus bonuses deal for the 33-year-old.

With just seven appearances for Chelsea this season it was always likely that Giroud would look to move somewhere in January and it seems that somewhere is Italy. 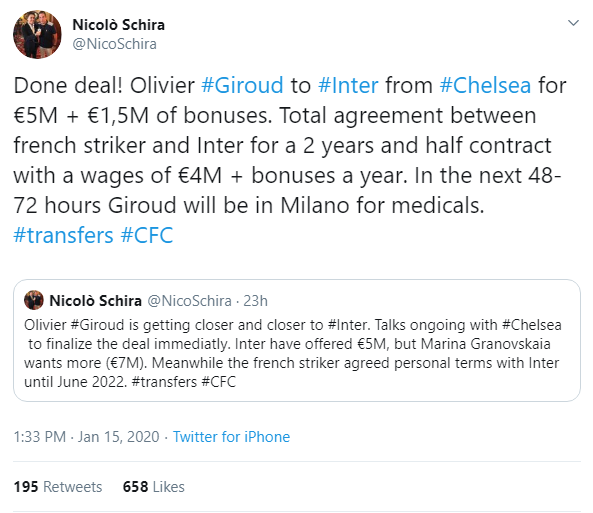 That price is believed to be what Chelsea wanted for the forward they signed from Arsenal for £15.3m 11 months and 15 days ago.

Although he averaged less than 50 minutes per game across his 70 Chelsea appearances, he scored 19 goals and grabbed 13 assists.