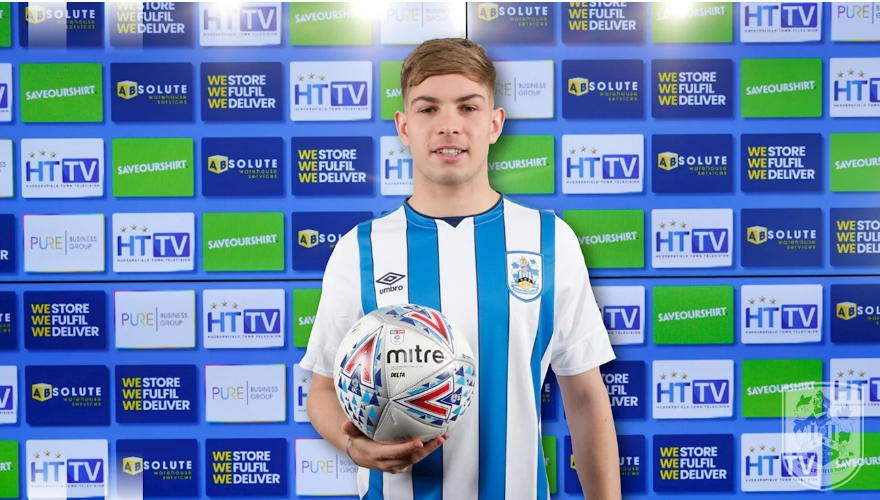 Emile Smith Rowe is going to join Huddersfield Town on loan until the end of the season, Arsenal confirmed on Friday.

Sky Sports News first reported that Emile Smith Rowe was nearing a loan move to Huddersfield Town. Arsenal have since confirmed the news in an official update on Thursday.

Mikel Arteta reportedly wants the youngster to get more game time, so a temporary transfer to the Championship is the best option.

Huddersfield are fighting to stay clear of the relegation zone, sitting just two places and five points above it. They recently lost 5-2 to relegation rivals Stoke, so dipping into the transfer market is almost necessary.

Smith Rowe spent most of the first half of the season building his fitness. He made eight appearances for the u23s, scoring twice and assisting four times. Unfortunately, that only translated into 377 minutes of first-team action – little more than four matches’ worth.

The 19-year-old is still one of Arsenal’s top midfield talents, with a bright future ahead if he can stay fit.

The Arsenal academy graduate is best in the middle, though he can play on either wing. He’s excellent on the counter-attack, a good free-kick taker, and can use his weak foot well. Funnily enough, both of his goals came from his weaker left this season.

One of Smith Rowe’s best traits is the ability to turn away from pressure. That’s part of what makes him so good on the counter, and it’s a trait that could prove useful to Arsenal in the future, given their struggles in that department.

For now, he needs to get playing consistently. 2019 was a year of ups and downs, especially on the fitness front. The chance to move somewhere for regular senior football is one he should jump at, and Huddersfield will be lucky to have him.

“We’re delighted to complete the loan move to bring Emile to the Club today, as it’s the culmination of an ongoing process that began in early November.

“Nicky and I spent a week at Arsenal in the summer and Emile is a player that we know well. We’ve got some good relationships with the Club and we’re very appreciative of them loaning us one of their very best young players.

“Emile will give us the creative link that we’ve been missing. He can play in a range of attacking positions and he can speed up our play. We’re really looking forward to working with him.”