Arsenal announced the signing of Flamengo’s Pablo Mari on Wednesday in a loan deal that includes an option to buy the player, but at what cost?

In his goodbye tweets, Mari sounded like he was fully intending to move to Arsenal for the longer-term rather than just until the end of the season to see what happens. 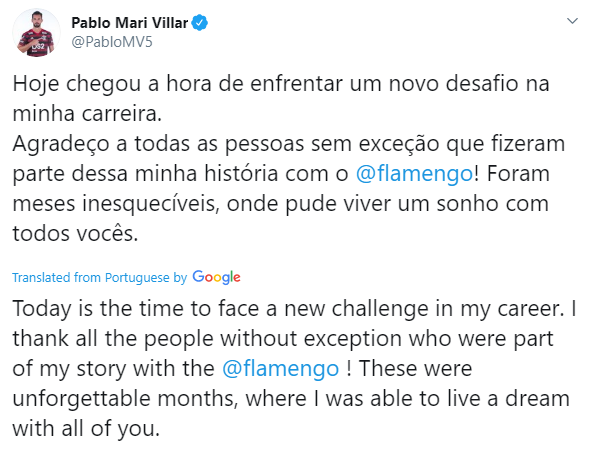 The option to buy him, then, seems like a mere formality (and is most likely an obligation rather than an option), delayed until the summer when Arsenal will have more available cash.

Until then, he will be on loan and that on its own is costing Arsenal £4.2m according to the Daily Mail.

That seems an awful lot for a player valued at just £1.62m. However, transfermarkt also report that Arsenal will pay a loan fee of £4.5m for the player.

No-one seems to know what the final fee will be.

It was reported before the move Arsenal were prepared to pay £10m while Flamengo wanted £13m.