Despite links to Arsenal and Benfica earlier in the window, Bruno Guimaraes is now subject to a transfer battle between Lyon and Atletico Madrid. 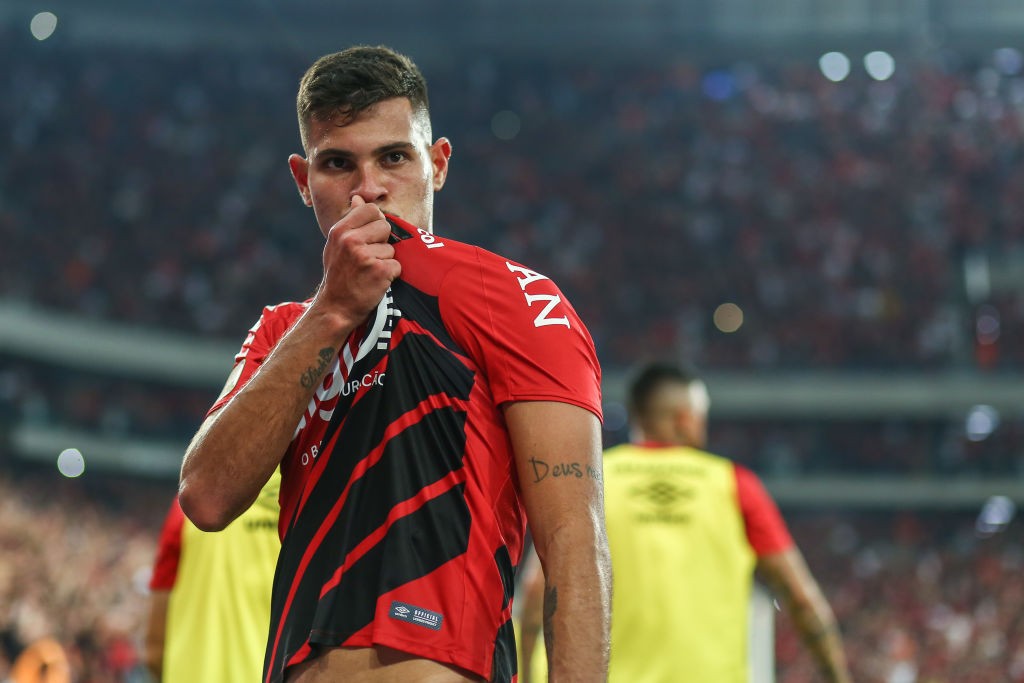 According to reports (via GFFN), the current situation is that Lyon agreed on a deal to sign Bruno Guimaraes this month for €25m plus a 20% sell-on fee clause. Atletico Madrid then exercised their option to match that deal and sign the player themselves.

GFFN’s understanding is that Lyon can’t simply place a higher bid for Guimaraes, because the first-refusal clause states Athletico-PR have to sell on whatever terms they first agreed to, as long as Atletico match them.

As a result, it’s out of their hands, and up to Guimaraes. The player could still turn down Atletico and choose Lyon instead if he wants.

Just because Athletico-PR have to sell doesn’t mean the midfielder has to accept the personal terms on offer. For now, though, it does seem more likely he’ll end up in Spain.

That’s much to the annoyance of Lyon President Jean-Michel Aulas. He suggested on Twitter that the first-refusal clause is contrary to FIFA regulations.

The net result is that it really doesn’t look like Arsenal are going to sign Guimaraes in January. If they ever did hold an interest in the player, it’s probably not going to last now he’s in the middle of a legal battle between two other clubs.

Guimaraes has a contract with Athletico until 2023. He plays in midfield, and he’s a very strong passer from a defensive midfield role.

In the last two years, Guimaraes won four trophies with Athletico-PR and made the Brazilian Serie A Team of the Year in 2019.