It was widely reported on Saturday afternoon that Mauricio Pochettino had made the amazing admission that he was open to taking the Arsenal job, but when you actually read what he said, you can conclude he’s open to any career change in the world. 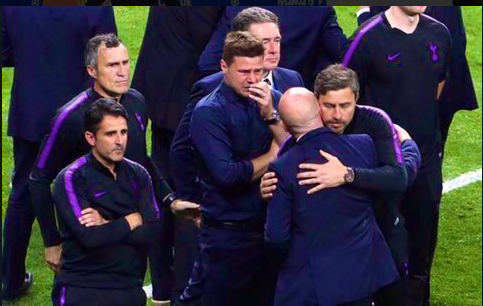 When I first spotted the headline on Goal’s Twitter feed, I was taken aback. Mauricio Pochettino admitted he would have considered the Arsenal job?

The man who once said he’d rather work on his pig farm in Argentina than work for Arsenal? It definitely seemed like a headline that needed further scrutiny.

As tends to be the way with these things, the closer I got to the source, the less definitive Pochettino’s assertion became.

It started with ‘Pochettino admits he could have been the new Arsenal boss’:

Pochettino admits he could have been the new Arsenal boss 👀

Then you click the link to the article and the headline tones it down a little, “Pochettino suggests he would’ve considered taking Arsenal job as he reveals he’s ‘open’ to Premier League return”.

A few paragraphs in, we go from ‘admitted’ to ‘suggests’ to ‘hints’ as Goal write, “Mauricio Pochettino has hinted that he would have been willing to consider taking the top job at Arsenal, while admitting that he is “open” to a swift return to the Premier League.”

You’ll notice, we still haven’t got to his actual quotes yet, but you can see the ever-decreasing headlines as we make our way.

Still, Pochettino must have said something about Arsenal, right? I mean he’s ‘admitted’, ‘suggested’ and ‘hinted’ that he would have taken the job.

Lets see what he actually said, shall we:

“In football, you never know what can happen in the future. You need to be only free and open to listen and anything can happen,” Pochettino said.

“I am a coach and I would love to be in in the best place that you can.

That was all he said and it doesn’t even appear that he was asked about Arsenal in the lead-up to this question, just what he wants to do now that he’s been sacked by Spurs.

Oh yeah, Spurs. Pochettino also added, “The journey [with Spurs] was amazing. I don’t need to talk about what happened, only that it was an honour for me to be at Tottenham.”

And if you think I’m just picking on Goal, it wasn’t just them. They just seemed to lead the charge: