Andries Jonker initially worked with Freddie Ljungberg during the Swede’s first spell with the Arsenal academy. Jonker was the academy manager at the time, whilst Ljungberg became head coach of the u15s.

The duo then moved to VfL Wolfsburg together, with Jonker taking over as first-team manager and hiring Freddie as his assistant. Though things didn’t work out for them there, Arsenal welcomed Ljungberg back as u23 head coach and the rest is history.

Jonker told Sky Sports News this week that he would like to see Arsenal hire Ljungberg permanently now, instead of bringing in an external candidate.

“I would prefer for them to give the chance to someone who knows Arsenal,” Jonker said. “Knows the academy, knows all those talented players. He also knows the laws of total football.

“Give him time, give him confidence, help him and support him. He is one of Arsenal. I would appreciate the guts of the Arsenal bosses if they hired Ljungberg.”

‘Freddie is a lover of really good football’

More than just knowing the club, Jonker believes Ljungberg has the right mind for management. He adds that the interim coach’s style suits Arsenal perfectly.

“(Ljungberg has) this strategical mind. He wants to think about tactics, how we beat the opponent.

“Freddie is a lover of really good football, the way Arsenal want to play normally fits him. He wants his teams to try to play offensive football and be exciting – winning with that. This is the style he likes.

“He will always try to find the combination of having good organisation in his team. Freddie has a good eye for the tactical details for the team and he knows that you cannot only play beautiful players.” 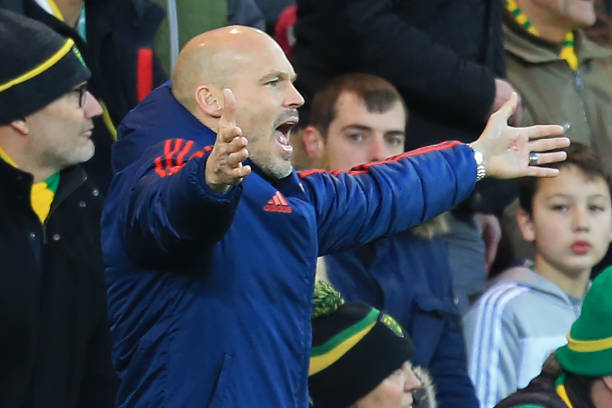 Like it or not, whether Arsenal do take a chance on Ljungberg is going to come down to how he does in the next few weeks.

The interim coach has a tough job turning things around before a number of difficult fixtures. If he can’t manage it, the Gunners are unlikely to stick by him for long. That’s just how the atmosphere at the club is right now.

That starts with getting three points on the board in his first home game against Brighton. Check out our predicted lineup for the match here.