On this day in 2005, Arsenal beat Everton 2-0 at Highbury to claim their third win of the Premier League season, having lost of their opening games.

Sol Campbell returned to the league side after missing the first four games of the season with an Achilles tendon injury, taking the captain’s armband. He opened the scoring after just 10 minutes, rising to meet a Jose Antonio Reyes freekick to head home.

Arsenal’s second of the game came 20 minutes later when Reyes again hung up a free kick for the Arsenal captain to meet, doubling Arsenal’s lead.

This was the back page of the Daily Mail the following day:

And the inside article: 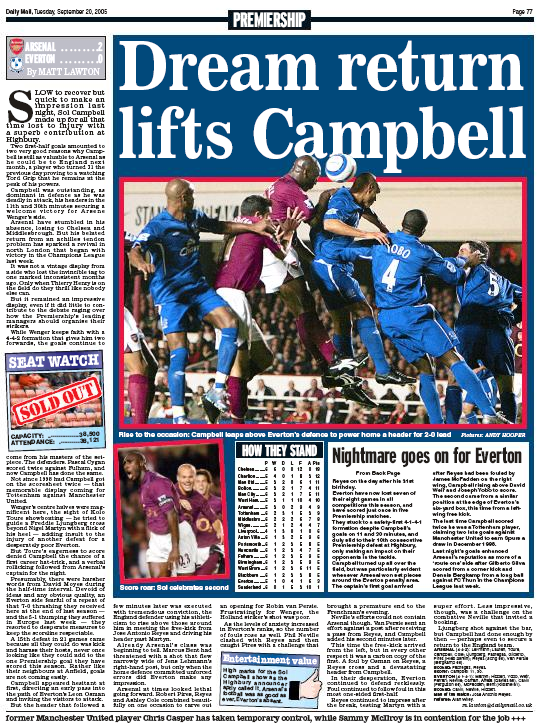 After the win, Arsenal were in seventh place on nine points from five games, below the likes of Chelsea, Charlton, United, Bolton, City, and West Ham.

They were still, however, above Tottenham.