I’ve had the pleasure of being able to write for Daily Cannon since April 2011. Having an opinion is one thing, but being able to reach such a wide and knowledgeable audience on a regular basis with one is quite another. Some of you have agreed with my viewpoints, and some of you have not. But if any of my pieces have ever made you think about your own point of view of the subject in question, then I’ll have succeeded in my goal.

So if you’ll allow me, today’s article won’t be about Arsenal, but one that I wrote in September of 2010 for my own blog page, but have amended to include recent information. If you have read this previously, then I apologise, but it’s a subject that I’ve had a lot of experience with over the years, and is one that too few people fully understand, hence the reposting today.

September 10th is World Suicide Awareness Day. Every 40 seconds, a person dies by suicide somewhere in the world. The goal of WSAD is to increase awareness of the public health significance of suicide and suicide attempts, and to make suicide prevention a higher priority on the global public health agenda. But numbers can only tell a small fraction of the story. The rest of the story is below. 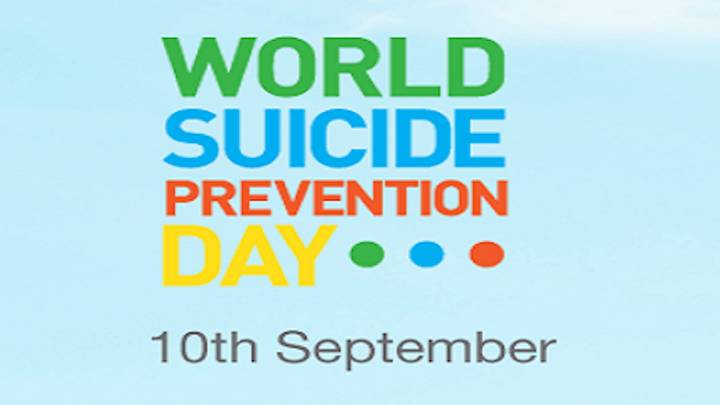 I was planning on posting a report of the Chelsea game here this evening, but I’m going to leave that until tomorrow. Today, I’m going to talk about something much more important than football. And I apologise in advance if I upset anyone with the following article. But this is something that has affected more people than any football match ever will. So if you’ll allow me, I’ll begin.

I tried to kill myself eleven years ago.

Isn’t it amazing how eight little words like that can be so evocative? But it’s true. When I was 17, I decided that life wasn’t worth it. It wasn’t a hard decision either, to be honest. I had considered all the pros and cons of my life, and came to the then seemingly logical conclusion that I’d be better off dead. My father had been sent to jail, my girlfriend had dumped me, and my grades were slipping in school thanks to a combination of having to work a full-time job because my father was no longer at home whilst my mother was unable to work due to a disability, and studying at the same time. This, all while dealing with the public fallout from what my dad had done to get locked up. (Public fallout? 54 year old man, 12-14 year old girls. I’m sure I don’t need to say any more. I’m still barred from drinking from certain pubs in my home town because of my surname, believe it or not.)

It sounds ridiculous now, but at the time, it felt like I was making the right choice. I could honestly see no point in living. None.

So, one night, I swallowed a packet of painkillers, and proceeded to stand at the top of the staircase.

I smacked my head off something in the middle of the staircase and knocked myself unconscious. The next thing I know, I’m in the Accident and Emergency ward in Portlaoise Hospital having my stomach pumped. As I slowly came around, the first thing I heard could hear was some nurses asking me what it was that I had swallowed, but I couldn’t answer them, partially from the effects of the drugs I had taken, but mostly because I was just too ashamed to admit anything at the time. Of course, it didn’t take too long for them to put two and two together and figure out what I’d done. I was mortified when they asked me the obvious question.

There I was, lying in a hospital bed, being asked why I had tried to commit suicide. But all I could do was look up at them, slowly shrug my shoulders, and reply “Why not?”. That’s all I could come up with. In my head it had all made sense, but actually saying it out loud proved beyond me. I didn’t believe that anyone else would understand where I was coming from, that if I actually explained in detail why I thought my life wasn’t worth living, no-one would take me seriously. I was convinced that if I said what I thought, I’d sound like an absolute moron. But in that same instant, I knew that what I was thinking was entirely logical.

That, ladies and gentlemen, is what having a mental illness can do to you. There I was, a stuttering, gibbering wreck, trying to make sense of the situation I was in, all whilst two conflicting opinions on what to do were bouncing round in my head. I had lost all sense of perspective. Not only had I tried to kill myself, but at the same time as I was telling my doctor that I had realized I’d made a stupid mistake in not telling anyone I wasn’t feeling well about myself, I was criticizing myself for botching the suicide attempt in the first place!

I was eventually diagnosed as being manic depressive. At the time, I had thought nothing of walking down the road and then suddenly feeling like shit because I’d remembered something stupid I’d said to someone when I was seven. I had thought nothing of being critical of myself when scoring “only” 95% in tests in school. I had thought nothing of lying awake at night, going over every little mistake I had made the day before and worrying about it happening again. I had assumed that this happened to everyone, so I dealt with it by myself. I thought I’d be able to cope with everything, and that I didn’t need help from anybody. Little did I know that I was slowly going insane, and that my idea of “dealing with it” would lead me to end up standing at the top of my staircase thinking “Thank God it’s all about to end.”

Now I’m sure at this stage, you’re all reading this asking “Why is he writing all of this?”. I’ll tell you. Yesterday I found out that a mate of mine had committed suicide. He’s the third person I know that’s done this in the last eighteen months. And it’s the third time that I’ve had no inkling whatsoever that there had been anything wrong with them. And I’m sure I wasn’t the only one. (Since this article was written in 2010, that number has now risen to ten. TEN, ffs.)

Suicide is an awful, terrible, ridiculous thing. For someone who has good mental health, to even consider such an action is just mind-boggling. To not be able to realize that there might be something wrong with you that’s making you think that suicide is even remotely a good idea, is ludicrous. You would have to be insane to think that giving up on life was even remotely a good idea. But that’s the problem. The reason I thought suicide was a good idea was because I was crazy, but I just didn’t realize it at the time.

And there-in lies the issue. No-one realizes that something is actually wrong when they start contemplating taking their own life. They just assume it’s normal. It sounds insane, but that’s because they are slowly going insane. Yet for some reason, society has never regarded a person’s mental health as highly as their physical well-being.

Broken mind? “Get a grip of yourself, will you?!”

This laissez-faire attitude to mental illness is doubly concerning when the bare statistics of just how many people are affected by it every day. In 2013, if you were a man under the age of 50, the most likely cause of your death wouldn’t have been cancer, or heart disease, or murder, or any other outside influence; it would’ve have been your own hand that killed you. (A quarter of all males between the ages of 20-34 who died in Britain in 2018, committed suicide. A QUARTER.)

So why is so little done to raise awareness of it? A lot of it is down to the easy habit of judging a book by its cover. Every day, we fall into the trap of underestimating something if we haven’t actually seen it with our own eyes. And with mental health issues, this is especially so, as many people can’t comprehend why someone would choose to end their own life when they haven’t seen any physical signs indicating that something is wrong.

That’s why suicide often gets mislabeled as being a selfish act, because those who knew the victim rarely suspected that anything was wrong in the first place. The one question that always gets asked when somebody close to us commits suicide is “Why didn’t they tell me about it?”, because the vast majority of us would gladly give up some of our time to help a friend or relative if we thought their life was at risk.

So here is a little exercise for you to do: Two questions;

And this is the problem. We spend so much time worrying about not showing our flaws, that we end up portraying this false sense of calm to those who are unable to cope with the same life stresses as everyone else. Next time you greet a friend, ask them how they are, and I guarantee they’ll lie to your face. They’ll tell you that they’re ‘fine’, or ‘OK’, or ‘grand’, or some other pleasantry designed to distract the conversation away from themselves and onto something else.

This is why people never suspect that anything is mentally wrong with their friends, because very few people tell anyone if they’re suffering in the first place. It is an endless catch 22, in which people want to help others cope with mental health issues, but they don’t want to burden others by seeking help for their own struggles. Suicide isn’t selfish, but calling it selfish is just the natural reaction from those who wish they could’ve had a chance to prevent it from happening.

So how can we help those suffering right now? Well, I’ll leave you with this piece of advice. If you’re feeling a little down, or if something is getting you worked up for no reason, or even if someone you know is acting a bit weird lately, talk to someone about it. It doesn’t matter who you talk to. Nor does it matter what you say. Just say something. Anything. Just don’t make the same mistake I made, and many others make, by trying to bottle it up and just suffer in silence. You’re only doing yourself harm, both physically AND mentally.

Trust me. I know.