When Arsenal face Watford in the Premier League it’s usually all about Troy Deeney, but this time we’ve got a proper striker to talk about – Danny Welbeck.

Danny Welbeck was released at the end of his Arsenal contract in the summer, bringing to an end five injury-ravaged years that saw him score 32 goals (with 15 assists) in 126 games.

Ahead of the game, Welbz has given a long interview to the official Watford site in which he talks about his time at Arsenal, his last injury, leaving the club and facing them on Sunday.

Welbeck on his highs and lows with Arsenal

“Right from the beginning of my time at Arsenal I always felt a lot of love and support from the fans. Obviously, we had some great times there and some terrible lows as well. Things were difficult for me at times but when I’m on the pitch I’m always going to give it 100 per cent and the fans saw that and recognised that. They saw me go through some really hard times but they were always there to support me.

“I have so many great memories, especially winning the FA Cup final in 2017. We were up against a good Chelsea side and it was a very good performance that day. To win the cup was a great feeling and it was a really big high for myself personally. Scoring a hat-trick in the Champions League was another, and coming back from injury to score the winner at Leicester was another thing I’ll always remember. There are also memories that people won’t have seen, like making lifelong friends at the club and all the people who have helped me along my journey.”

Welbeck on his last injury

“My last game for Arsenal was against Sporting last November, and that’s when I injured my ankle. It wasn’t nice at all. The physio ran on and he was grabbing my leg, and I just knew from that moment I had done something that wasn’t going to just keep me out for a couple of weeks. Having already come back from some pretty serious injuries, it was so hard.

“I remember getting in that dressing room and you don’t want to know what I was saying. The staff were great with me and the players came and supported me. My family and friends came to the hospital that night but once everyone was gone and I was in that hospital room on my own I just had a little cry to myself, letting my emotions out. But the next day I just thought, ‘right it’s happened now and I’ve just got to crack on and try to come back stronger’. It’s so important to let your emotions out first and then crack on.” 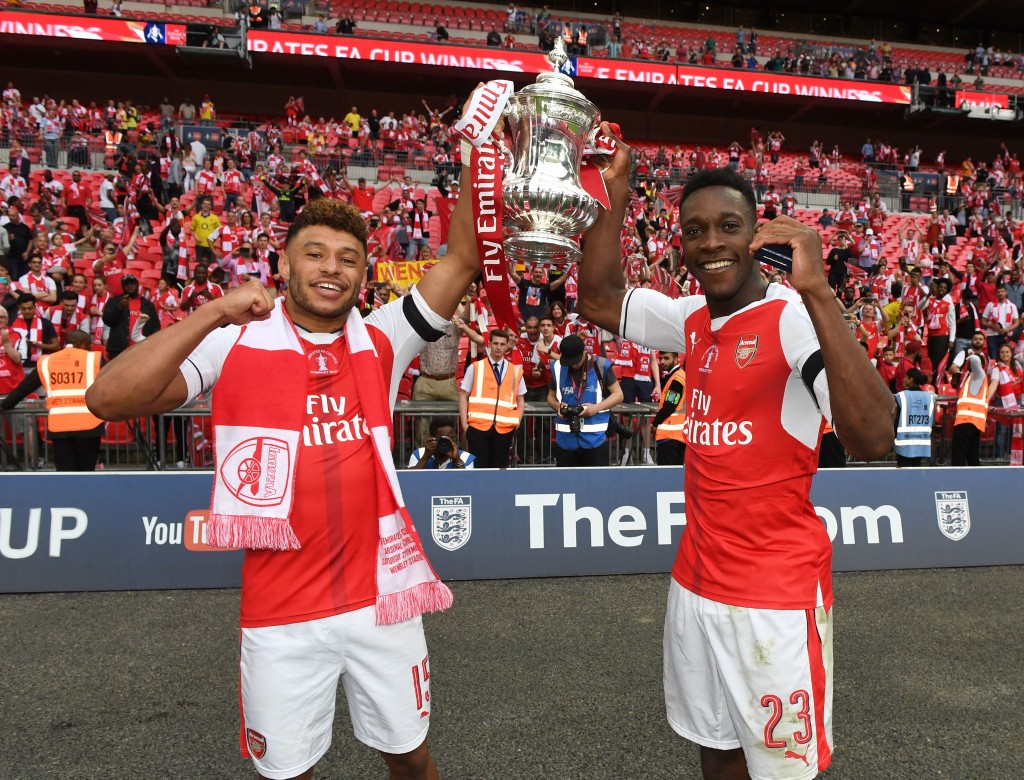 “Naturally it’s always sad to leave somewhere that you’ve been for so long, and that’s how it was at Arsenal. At the end of the day this is football, the game moves on. I had some great times at the club and made some lifelong friends but I’m at Watford now and I’m excited for what’s ahead.”

Welbeck on facing Arsenal on Sunday

“I’ve played against former clubs before, like Manchester United when I was at Arsenal, and now I’m going to be coming up against Arsenal for the first time since I left. At the end of the day it’s another game – 11 players on a football pitch against another 11 players – so I’m going to give my best and try to win.

“Paul McGuinness, my youth team manager at United, would always say ‘play the game, not the occasion’ and that’s something that’s always stuck with me. So I’m not going to allow the occasion to get into my head. Someone said the other day that maybe the script is written for me to score my first Watford goal against Arsenal, but the script writers aren’t playing the game so I’m just going to give my best and try to win the game for Watford.”

While there is no doubt he would have seen more game time if his ankle hadn’t snapped like it was made of Jack Wilshere DNA, his return of 32 goals and 15 assists from 126 games since his £16m transfer from Manchester United in 2014 hardly speaks of restrained striker just waiting for a run of fitness.

I’d love nothing more than to see him enjoy a great and full season, preferably one that starts flying next week rather than this.