While the Arsenal XI players have not yet been announced it is believed that Perry Groves could be involved along with Omer Riza, who was at Arsenal as a youngster although he never made a senior appearance for the team.

Organiser, Ian Hutchings, is also still attempting to get Ian Wright to play.

Arsenal fan Hutchings, who set up the charity ‘Single Yellow Rose’ with his wife, Daisy after their daughter Belle was stillborn, said back in February, “I contacted the club because I knew they had a charity team, and they agreed because we are raising money for Single Yellow Rose.

“The game will be raising money for Arsenal’s youth foundation as well.

“We have organised food vendors, a hog roast, ice cream, and a burger van.

“Chard Town FC has given us the pitch free of charge, and they are opening the bar so there is money to be made for the local economy, too.

“It is quite a large club, Arsenal FC. It is not every day they rock up in Chard, and it is fantastic for me as an Arsenal fan.

“I have been speaking to Ian Wright’s agent and sent him some messages on Twitter.

“We are working on it but we may have some real surprises in store.”

Hutchings is set to captain the Single Yellow Rose team that will feature comedian Russell Howard, actor Ralph Little, and former Premier League forward, Riza, who have all confirmed their participation. 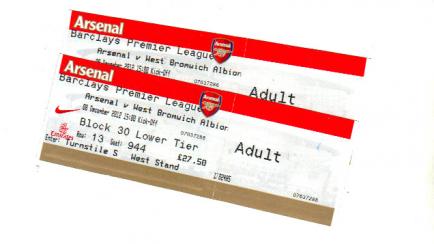 The game will take place on Sunday, August 11 with a 2pm kick-off, unfortunately the same time as the Arsenal team kick-off their Premier League match at Newcastle.

Tickets are priced at £5 for adults and £3 concession with children under five admitted for free. Adult ticket holders will also receive a souvenir programme with their ticket.

Single Yellow Rose was founded in 2017 after Daisy and Lee Hutchings lost their daughter, Belle, who was stillborn.

The pair have ran fundraising events since the charity was set up.

“If I could generate money that would be amazing, I’m extremely grateful to Chard Town Football Club for providing us the pitch free of charge; they will open the bar and take the proceeds which will generate money for them,” Hutchings added.

“I just want as many people to turn up as possible. It’s good for the local economy and it’s great to give something back for the support people have given us and hopefully we can spread awareness.

“I’m not scared to tell people my daughter was born stillborn – it is what it is – and these things seem to be brushed aside and people don’t want to hear the heartache.

“News is always full of bad stuff; if we could do something to bring positivity to a bad situation then it would mean a lot.

“We’ve got the go ahead for a new memorial garden, which isn’t just for those who’ve lost babies – it’s going to be somewhere tranquil to have five minutes peace.

“Single Yellow Rose is there to break the silence surrounding babyloss. But it’s not just that – it’s there for anybody who wants to chat. No-one should have to suffer alone.

“From a male point of view it can be incredibly hard to talk to people, people think men shouldn’t have emotions, it’s okay not to be okay.

“My wife Daisy is absolutely fantastic with all she does for the charity and it’s my turn to have a go with this.

“I should also mention Devon Truck Show, who have adopted the charity from day one, they helped us getting it up and running and gave us our first donation.

Chard Town FC is located in Somerset, a three-and-a-half hour drive from the Emirates Stadium.

Founded in 1920, they play in the Somerset County League after being relegated from the Western League Division One for finishing seventh last season.