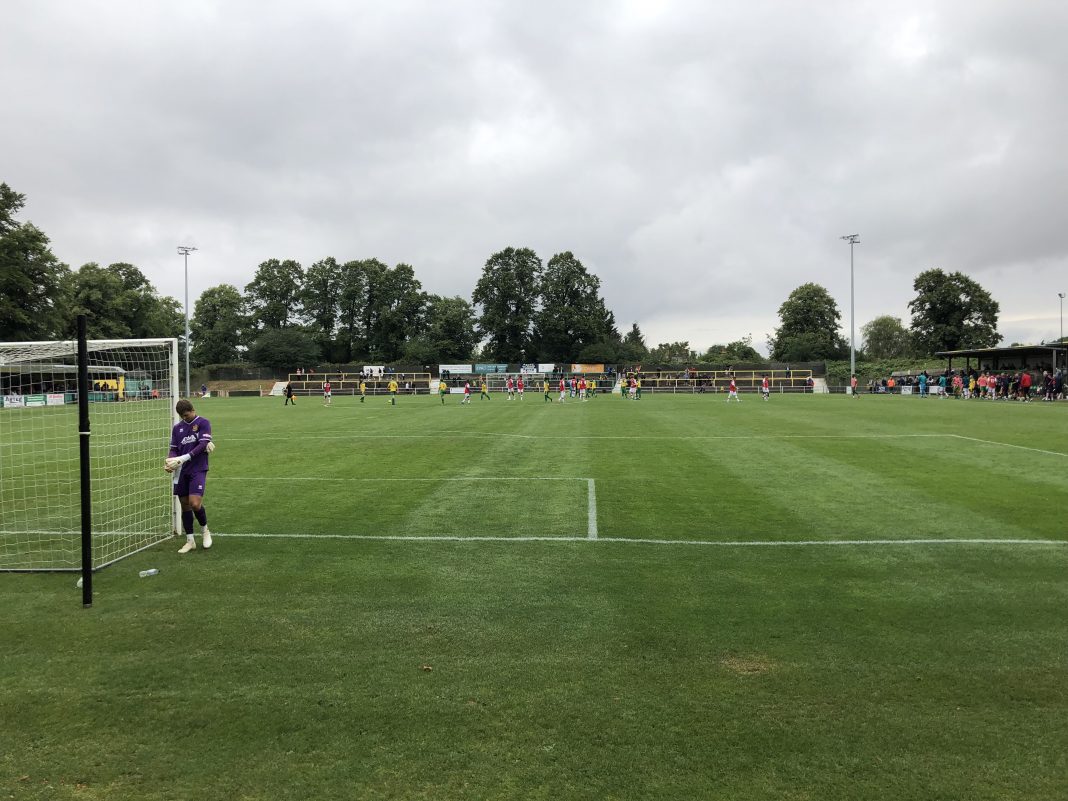 An Arsenal XI consisting mostly of u18 players draw 1-1 with Hitchin Town on Saturday, as they continue their pre-season preparations.

Hitchin Town had the first good chance of the early stages, getting in behind the Arsenal defence and poking just wide. They had another within minutes after capitalising on a mistake in midfield, but goalkeeper Tom Smith came out to smother the danger well.

Midway through the first half, Arsenal’s first opportunity came through Sam Greenwood, who found space in the box after being played in by Matthew Dennis. Unfortunately, his effort went just over the bar.

Hitchin continued to have the better opportunities in the opening 45 minutes, making the most of their physical advantage particularly in the wide areas. They didn’t convert any of those chances though, and went in at half-time with the score still 0-0.

Hitchin would go on to regret their wastefulness, as Arsenal quickly took the lead in the second half. Kido Taylor-Hart, who had struggled a bit in the first 45, finally found some space and put a great cross in for Dennis to convert.

Harry Draper had the response for Hitchin though, scoring from a rebound shortly after they’d hit the post.

Arsenal were playing much better football in the second half, particularly Taylor-Hart, who was bringing out all his tricks and skills.

Hitchin were still having chances of their own though, with substitute goalkeeper Hubert Graczyk forced into a couple of good saves.

Luke Plange came off the bench to have an impact towards the end, shooting narrowly wide before almost setting up Nathan Butler-Oyedeji for a winner, if Butler-Oyedeji had been able to jump an inch or two higher.

In the end, both sides had to settle for a draw, which was probably a fair reflection of the game.