What looks to be Arsenal’s third kit has been leaked, completing the lineup for Adidas’s offerings for the new season and I have to say, I’m seriously tempted by them all.

Arsenal’s Home and Away kits already leaked with a picture of Pierre-Emerick Aubameyang and Alexandre Lacazette modelling them hitting the internet.

The leak appeared to originate on Reddit, though it’s not exactly clear, because they spread like wildfire on social media last week. The third kit was picked up by @AFCStuff. 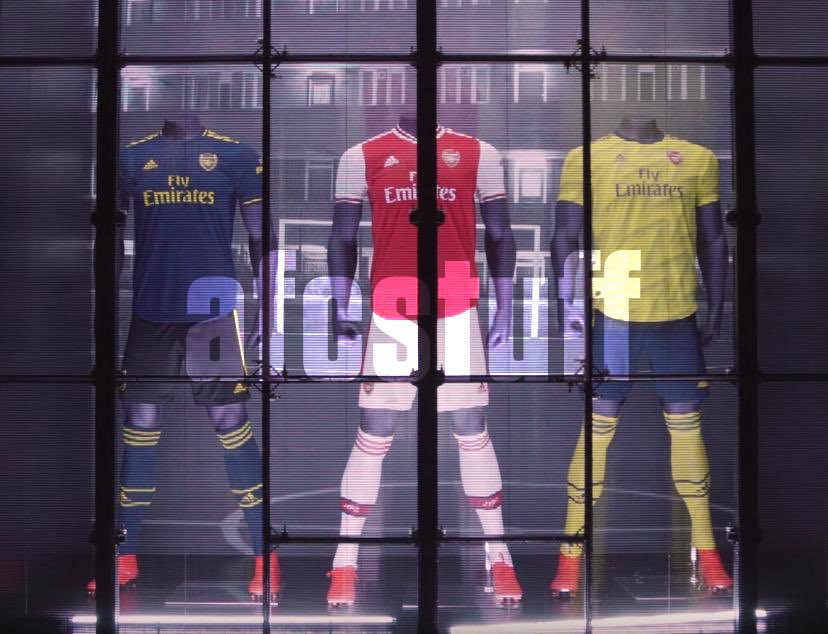 People are getting very good at photoshop nowadays, so we had our doubts at first, but various inside sources have since confirmed to Daily Cannon that they’re legitimate. FootyHeadlines, who have an excellent record on kit leaks, are also getting behind the picture of the home and away kit at least.

Reddit user ‘BasedSims’ posted an accurate description of these kits more than a week ago, and from their other leaks we also know that the socks have ‘a big hoop in the middle’ as seen above.

Additionally, they claimed the third kit will be ‘pretty much’ the navy training top that’s floating around (see below). However, it’s important to note it almost certainly won’t be exactly this design, as this is a concept design made by Twitter user @eenhoopjob.

Nonetheless, even though it’s is a concept kit, Daily Cannon have also heard from another source that the third kit will be something like the above and that matches with this latest leak.

The three leaks look fantastic, pity my bank balance won’t when they finally come out.