Alexandre Lacazette has been pictured wearing the new Arsenal home kit as the launch of Adidas’s offering, and the end of Puma, draws ever nearer. 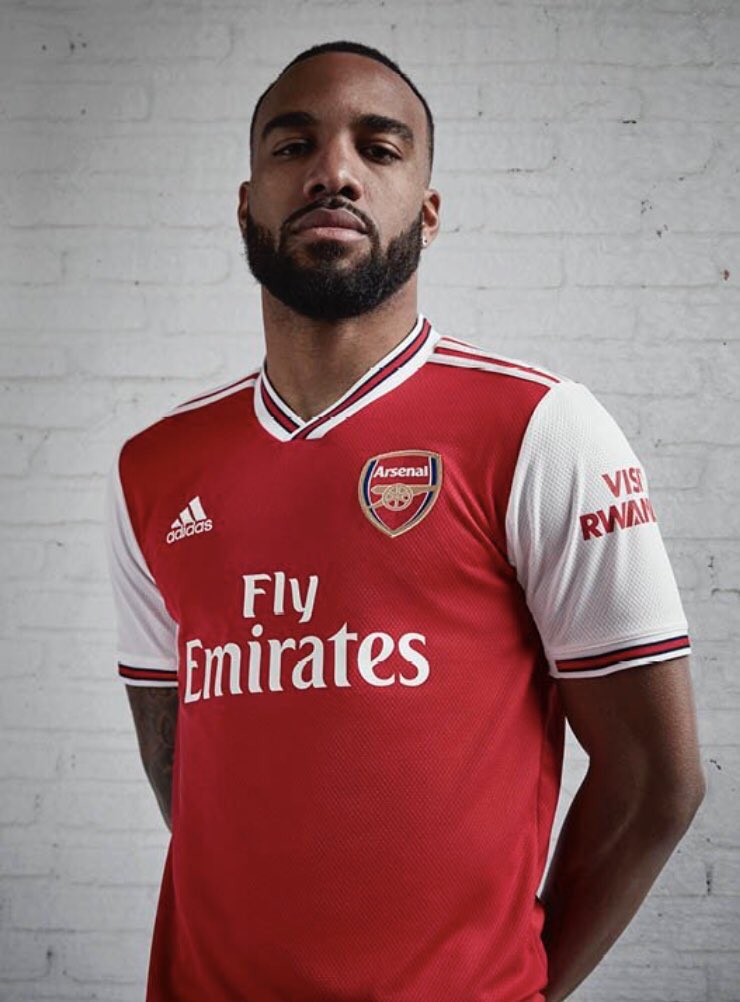 Arsenal have confirmed the official release date for their 2019/20 Adidas Arsenal home kit, as the Gunners come to the end of their time with Puma.

Arsenal’s contract with their old kit manufacturer expires at the end of June, so it’s no real surprise that the first Adidas kit launch is planned for July 1st.

Nonetheless, it’s always good to have confirmation, and the club have now provided it:

The kit leaks so far have gone down fantastically well with fans, so the armoury may well be set for a record-breaking day of sales on July 1st.

The home and away shirts first leaked with the below picture of Aubameyang and Lacazette, getting supporters excited with the bruised banana throwback design on the away kit and a simple-yet-classy new edition of the home shirt:

Now it appears the third kit has also hit the internet, with Twitter user @afcstuff posting pictures of all three from what appears to be a promotion campaign.

Mostly, Arsenal fans just appear to be pleased to see the back of Puma. There was a sense that the former kit manufacturer was phoning in their designs by the end (toothpaste green?!), so a refresh was certainly needed.

Arsenal to battle Spurs for £20m Joachim Andersen at Lyon