Manchester United are reportedly prepared to pay £13m just to get rid of Alexis Sanchez. 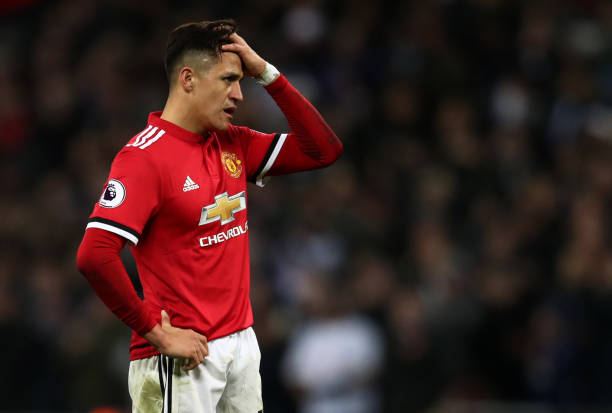 Alexis Sanchez left Arsenal and headed to the red half of Manchester in a move that baffled almost everybody last January.

If ever a player was signed to spite a rival then it was Alexis Sanchez with Jose Mourinho so desperate to stop Pep Guardiola getting the frontman he sanctioned a move that defied all logic given the wages involved.

Many Arsenal fans tried to warn United fans that Alexis was on the slide, entering a huff over not being allowed to move to City and never able to ever really shake it.

This was also a player who had run himself into the ground relentlessly. Something was always going to have to give.

While Mesut Ozil has continued to be the subject of incessant media speculation, the German has found the net in the Premier League six times to the Chilean’s one this season. It was notable when Alexis came off the bench in the game against Chelsea that the commentators made no mention of his salary or how god-awful he’s been since he moved. When Arsenal play, no matter if Ozil is involved or not, he is the main topic of conversation. Always.

The Daily Mail reported on Friday that, “Manchester United are prepared to pay half of Alexis Sanchez’s mammoth £26million salary to secure him a move this summer.

“The final decision over the Chilean’s future will be left to manager Ole Gunnar Solskjaer, but United are open to offloading the forward.

“United chiefs are aware Sanchez’s £500,000- per- week wage, inclusive of bonuses, will prove a major stumbling block. So, it is understood they are resigned to paying as much as 50 per cent of the ex-Arsenal star’s wages to tempt another club to take him.”

That still means someone will have to pay £250kpw -on top of a transfer fee – for a forward who turns 31 in December and has scored just five goals in the last 16 months.