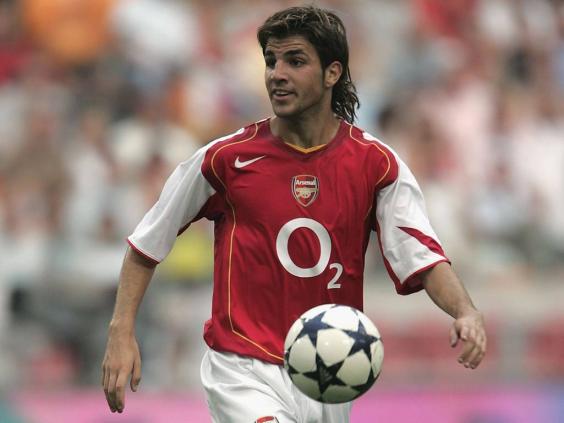 Patrick Vieira called Cesc Fabregas ‘the kid who made me leave Arsenal’ when the pair met up recently, according to the Spanish midfielder himself.

Vieira and Fabregas spent a couple of years together with Arsenal, between 2003 and 2005. The Frenchman already had a couple of FA Cups and Premier League titles behind him by that stage, whilst his Spanish counterpart was at the very beginning of his professional career.

After one full season together, Vieira left for Juventus, which he reportedly attributes to the emergence of Fabregas.

The Monaco midfielder recalled: “I saw Patrick Vieira when we played against Nice with Monaco and it was very funny because I met him in the locker room before the match, he was with the President of Nice and he said to him while looking at me: ‘President, this is the kid who made me leave Arsenal’.”

In a way, it’s strange that Arsene Wenger and Vieira clearly didn’t feel he worked well with Fabregas. Results-wise, Arsenal won 23, drew 7 and lost 4 in all competitions with both players in the team, a 68% win rate, over 10% higher than Wenger’s overall average at the club.

Clearly, they believed those results were masking underlying problems that couldn’t be fixed without one of them leaving. At 29 years old, maybe it was just time for Vieira to end his nine-season spell at Arsenal anyway.

Fabregas stuck around for another six seasons before moving on to Barcelona, then Chelsea, and now he’s in France at Monaco whilst Vieira manages Nice. We’ll see who ends up being the more successful of the two in Ligue 1.