The German FA recently took the step of introducing unisex toilets to help ease the struggles of transgender people at their games. 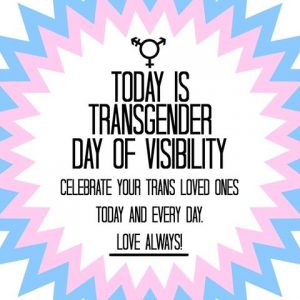 We are, however, targeted frequently.

Public bathrooms for trans people can be traumatic when all we want to do is pee. Using the men’s initially wasn’t an option because I still looked like a woman at the start of my transition, but I looked enough like a boy that using the women’s was never fun either. That generally involved being stared at, whispered about, being told to get out or just being shouted at. Always fun when all you want to do is pee.

Still, at least I was able to pee and leave without being physically attacked. A lot of trans people aren’t so lucky.

I used to brace myself before entering, hoping that there was no-one else inside. If was lucky, I’d had a chance to gauge the traffic flowing in and out. If I was *really* lucky, there was a disabled toilet to use instead, the original unisex loo.

So, kudos on the German FA for wanting to do something.

“Together with the group Queer Football Fan Clubs, the DFB has identified areas in which gender identity plays a role in the stadium infrastructure, in order to provide all visitors with a complaint-free experience,“ the DFB said in a statement last week.

“Going to the toilet presents a challenge for transgender fans, because their use of male or female toilets may be interpreted as ‘wrong’ by fellow supporters,“ the statement said.

“In order to do justice to the diversity of gender identities, male, female and unisex toilets will be available.”

There is, of course, the danger of ‘othering’ trans people by making them use the unisex toilets while cis people (that’s people who are born with a brain and genitals that match, to put it as basically as I can) get to use the men’s and women’s, and that’s how I originally thought it was going to operate when I sat down to do this piece.

Thankfully, it seems my own touchiness around the subject got the better of me. I also (briefly) forgot about non-binary people (people who don’t feel either male or female) or gender-fluid people (those whose gender identity changes) who wouldn’t feel comfortable in either the men’s or women’s restrooms.

If, after reading this, you’re still thinking to yourself, ‘yeah, but *I* don’t want to have to deal with a trans persons’ genitals when I’m in a public bathroom,’ perhaps it’s time you examined just what, exactly, you’re doing in public restrooms that brings you into view or contact with the genitals of *anyone*.