On comms, Steve McManaman said something along the lines of ‘it was so close you can’t expect the linesman to see it’ when that is literally what they are paid to do. It was at a freekick and his one job was to be in line to look for offsides as the ball was played.

Keith  Hackett, meanwhile, writing in Thursday’s Daily Telegraph, says, “Those who got off lightly included Marouane Fellaini, Alexandre Lacazette and Marcos Rojo. Fellaini was guilty of pulling Matteo Guendouzi by the hair. 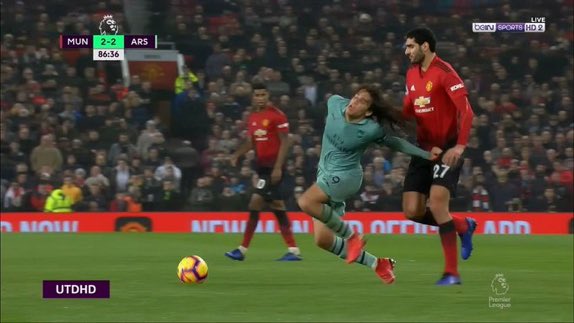 “Two minutes later Lacazette headed the ball out of David De Gea’s hand and kicked it into the net. The ‘goal’ was rightly ruled out although the Arsenal player could well have been shown a yellow for unsporting behaviour.

“Finally, Rojo was lucky to get away with a yellow for the way he threw himself at a rebounded shot and caught Guendouzi. It was a reckless challenge.”