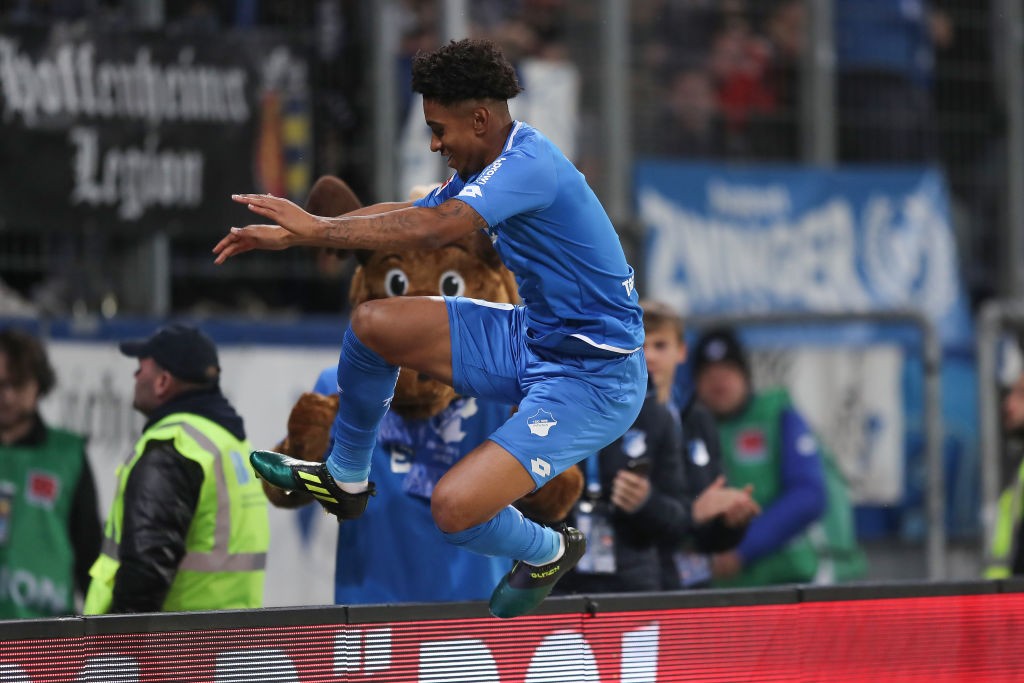 Reiss Nelson is setting more records in the Bundesliga after yet another goal for Hoffenheim this weekend.

Nelson scored the winner for his loan club against Augsburg, which you can watch below. It was an intelligent run started before the initial shot was even taken, which allowed him to get to the ball way ahead of the defenders for a tap-in, just seconds after coming off the bench.

He scored not even two minutes after coming on for Hoffenheim 🔥 pic.twitter.com/WDdNUM6OBo

As mentioned in the BT Sport tweet, Nelson has a goal every 53 minutes so far. That’s a pretty insane record for an 18-year-old, even if it is still early days for his loan spell. The result of the goal is that the Arsenal loanee is now the youngest non-German to ever score as many Bundesliga goals as he has (six).

No non-German player has ever reached 6 Bundesliga goals at a younger age than Nelson.

Nelson has some competition in this category, with the slightly younger Jadon Sancho already on five goals, albeit from a much larger number of appearances (23). The winger will just have to keep scoring to stay ahead of his friend from the England youth teams.

Regardless of what happens next, Nelson is already showing that he can have a major impact at senior level. Hoffenheim certainly have him to thank for their run of four straight league wins, as his goals/assists have always either broken the deadlock or provided his team with an equaliser.

Understandably, the Arsenal fans are already getting excited about seeing him back in North London next season. Let’s hope he continues his positive campaign until then.