With the news that Robin van Persie will retire from football at the end of the season, I couldn’t help but think of an article I wrote about the Dutchman after he left Arsenal.

“When I have to stop? That is probably at the end of this season,” Robin van Persie told the media recently.

“I will be 36 years old and will have been a professional for 18 years. From the age of five, I’ve only been involved in football.”

When Robin van Persie signed for Manchester United in 2012, Arsenal fans were furious. 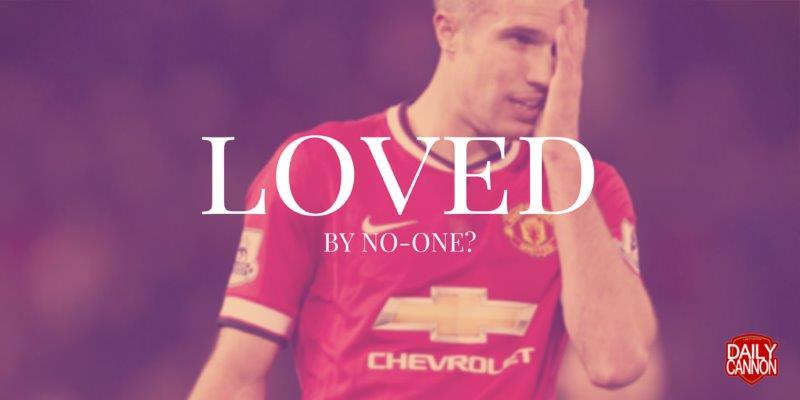 Issuing a statement to Arsenal fans that was designed to turn them against the club, the forward over-estimated the feelings of those same fans, believing they’d back him over Arsenal.

Long before United came over the horizon, Arsenal fans had already turned on their Golden Boy.

On pre-season tour, they sung van Persie’s song for new boy, Lukas Podolski, and while his move to United was not the reason Arsenal fans hated him, it merely cemented the bad feelings they held after a whole year of listening to his entire family tell us how much they loved Arsenal, intimating that a new deal with the club – that had that stood by him through seven injury-ravaged seasons – was just a formality.

Fast forward two-and-a-half years and the man who was received as a hero at Old Trafford is not faring so well.

United fans are turning on him due to poor performances, scoring fewer goals in more matches than the man who, ultimately, became his replacement although he was signed to play alongside him – Olivier Giroud.

We spoke to Sam Peoples, owner of one of the biggest Manchester United websites, to get his opinion on the fallen star.

He told us, “This year, Robin van Persie has had the sort of season most people expected him to have when he joined the club back in 2012. He came into the year exhausted thanks to his participation at the World Cup and has never been able to find his form, thanks in no small part due to injuries, one of which is keeping him sidelined at the moment.

“Going into a home game against Arsenal, you’d expect United fans to be frustrated that van Persie is unavailable but it’s not the case because he just hasn’t been good enough in front of goal, so it isn’t a loss that he’ll miss the game. His absence has allowed Wayne Rooney to return up front and he’s got straight back to his goalscoring ways so he’s got to be our first-choice striker now.

“It’ll be interesting to see what happens to van Persie in the summer. His contract is up soon but his close relationship with Louis van Gaal is well documented. The United boss is guilty of pandering to him at points this year but with his form looking out of sorts and van Persie not getting any younger, will van Gaal decide he wants to bring in a younger replacement? It’s not outside the realms of possibility but it might be too much of a task to replace van Persie and Radamel Falcao if both were let go in the same summer.”

Sam was much kinder than the people who took to twitter when the Dutchman was seen leaving Swansea on crutches just a couple of weeks ago. Many rejoiced that it meant he wouldn’t be able to play while others wondered if the crutches might actually improve his game.

When United won the league title in van Persie’s first season, it was all because of him. He was the difference between United and Arsenal that year. Take away the points he single-handedly won for them and give them to Arsenal and the gap would not be 16 points as it was at the end of the 12/13 season.

Had he stayed with the Gunners, Robin van Persie could have quite easily helped them to a league title that year and would have cemented his place as a true Arsenal legend.

Now, he’s hated by one side and loved by few others.

I said at the time of his move to United that it was likely to be something he’d regret.

I wonder if he thinks it was all worth it…