Aaron Ramsey’s agent confirmed in a now-deleted tweet that Arsenal withdrew the player’s contract offer and he will be leaving the club.

The Welshman was expected to sign a new deal but last week it was reported that the club had withdrawn the offer. Although there was much speculation over what had happened, Ramsey’s camp held their tongues…until Tuesday. 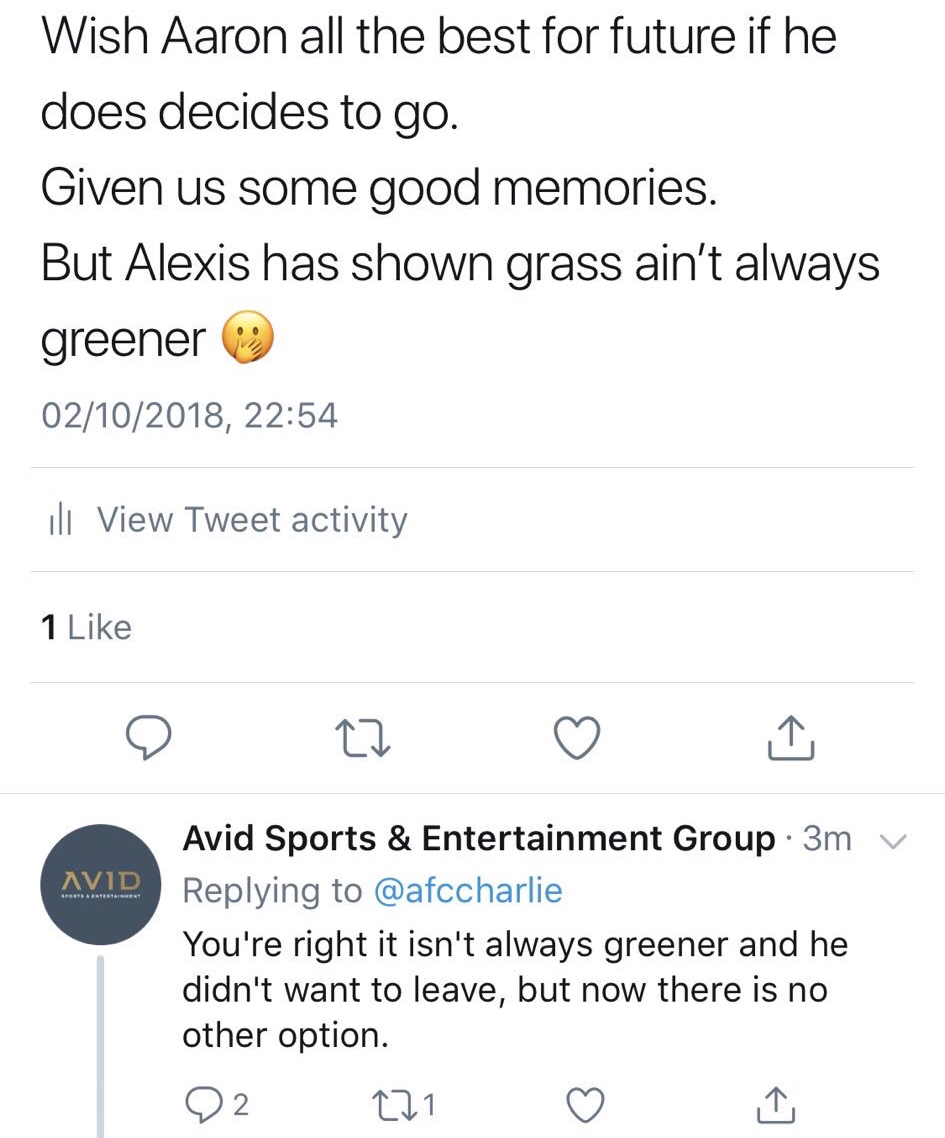 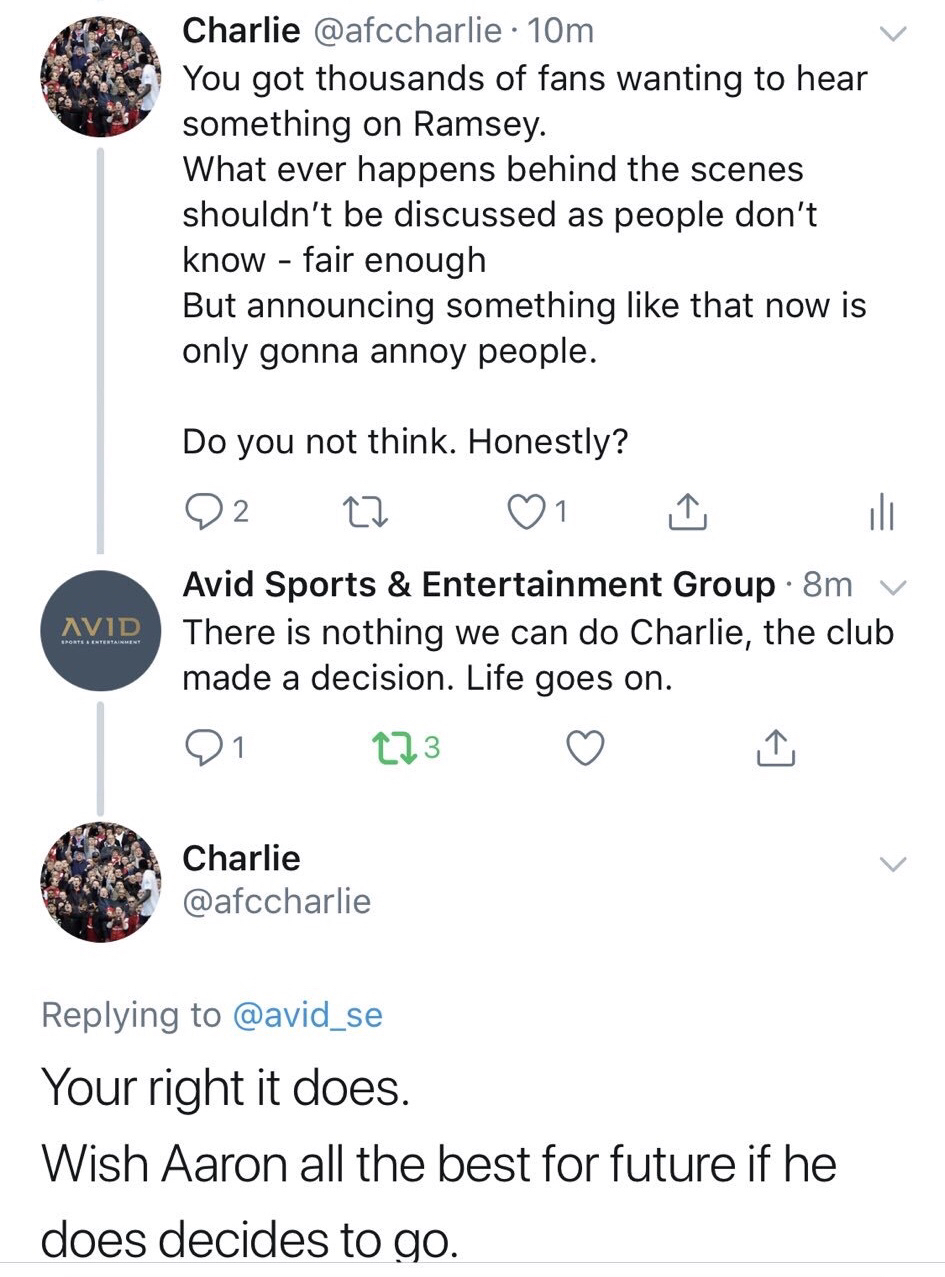 They did, of course, delete the tweets shortly after but not before our very own Dan Critchlow grabbed the screenshots above.

Avid have, however, negotiated a new commercial deal for Ramsey:

The Mail on Sunday’s Rob Draper believes Arsenal withdrew their contract offer to Ramsey because they need to cut their wage bill.

After two seasons without Champions League football, the club is starting to feel the pinch.

With Mesut Ozil on £350,000 and the wage structure out the window, Arsenal have had second thoughts over allowing Ramsey to sign the £200kpw offer that was on the table and have withdrawn it accordingly.

That would make sense.

While most of us love Ramsey to pieces, we have to be honest and say that he hasn’t really done enough to earn an 80% pay increase which is what £200kpw would represent.

He might look at the new boys who arrived on salaries around the £200k-mark, which is what he is said to want and what the club were initially prepared to offer, but Aubameyang scores for fun while Mkhitaryan’s wage is offset by losing Alexis Sanchez. He also has three assists and a goal this season. Ramsey has two assists.

Ramsey was, understandably, frustrated when he was subbed against Watford last weekend but it’s hard to deny that Arsenal looked more fluid when he was removed.

Unai Emery has given him a chance in his preferred position but he has seemed unable to grasp it. As I wrote recently, it certainly does seem to be time to say goodbye and that is not necessarily a bad thing.

After the Watford game, Emery was as diplomatic as ever when asked about the Welshman. “I want competitive spirit,” the Spaniard said when asked about Ramsey’s reaction to being subbed. “When the players want to play every moment to help the team, I want this character.”

But probably only until the end of his current deal.