Tony Adams reportedly contacted Ivan Gazidis over the summer only to be told there was no role for him at the club under Unai Emery.

Tony Adams made contact with Arsenal chief executive Ivan Gazidis over the summer to see if there was a role for him at the club under Emery, but was told there was not. [@jamesbenge] #afc pic.twitter.com/t7qrYWWBeq

Adams has not enjoyed the best relationship with Arsenal and the fans over the last few years and there seemed to be a genuine issue between him and Arsene Wenger.

It’s no surprise, then, that the man known as Mr. Arsenal would get in touch as soon as the Frenchman left to see if there was an opening that would allow him to return to the club he loves so much.

It’s also no surprise that the club would decline his offer, connected as Adams is to Arsenal. His track record in coaching since he hung up his boots reads like one failure after another which is a real shame because he seemed the perfect fit for a managerial position one day.

Adams has coached or managed at Wycombe Wanderers Feyenoord, Portsmouth, Gabala, and Granada. Of the 82 games he’s been in charge of, he’s tasted victory just 16 times, drawing 28 and losing 38. His win percentage is 19.2. 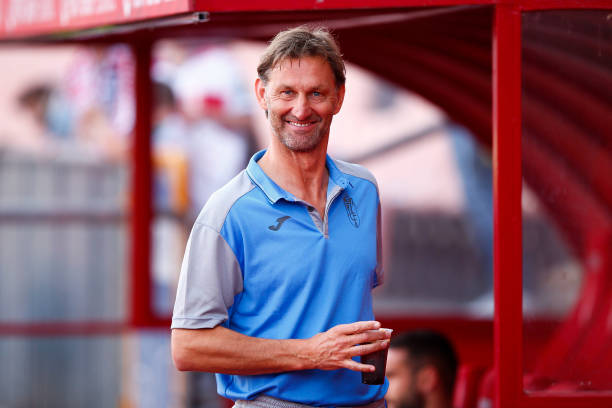 His first season in management saw him relegated, which wouldn’t be a problem if he had been able to learn from that, but that doesn’t seem to have happened.

I don’t think you will find many Arsenal fans who wouldn’t love the club to find a way to bring Adams back into the fold but the sad fact is that, even leaving aside his poor coaching credentials, personality is always going to be the main stumbling block to a return.

Speaking recently in an interview with the Evening Standard, Adams said, “It’s not my place to talk about the team.

“The manager is doing his job; to be respectful of him I don’t think I should keep commenting. He has just got to get on with it.

“If I’ve gone too strong in the past then I’m sorry but I think the manager is actually paid to handle criticism, the media and to be the figurehead of a club.

“I was just so disappointed at the start. After Arsene went I thought we would have got some stability and been tough to beat. It’s going to take time. But to keep on talking about the players, that’s not fair on them.

“I’ll never play for Arsenal again. It’s like a loss. Alcohol has, in effect, been a little easier to kick and I never thought I’d say that.

“I still have football dreams. I don’t have drinking dreams.

“But there’s only so many times you can go back to your ex-girlfriend. It becomes a bit embarrassing doesn’t it? Don’t go there. They don’t want you. Let it go.”

But it seems that Adams can’t let it go as in the next paragraph he says, “Listen if Arsenal called me tomorrow and asked me to be a coach I’d go and do it. I just do the next thing. I don’t know, if Per Mertesacker comes on the phone and says ‘come and do the U12s Tone’ I’ll take it.

“I mean the salary is about £26k, it’s six days a week and my wife will probably be saying ‘I know you love the club but the head doesn’t make sense’. I might go against that one. But if I’m of service to the right people I’ll do a job, whether it’s with West Ham, Chelsea or Timbuktu.”