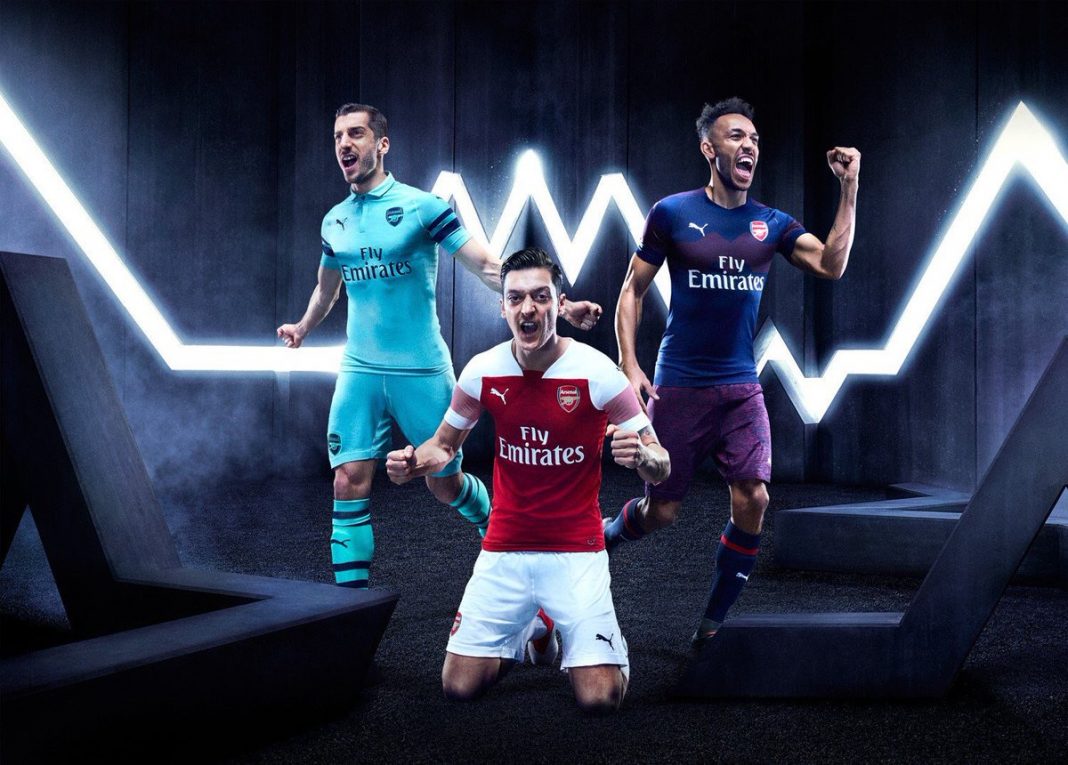 Arsenal’s 2018/19 third kit finally has a launch date, despite the fact most of us already know what it looks like by now.

Footy Headlines continue to release information and pictures for Arsenal kits long before the club officially announce them, and the new third kit is no exception.

According to their information, the new kit is set for a July 12th release date, after being pushed back from its initial June 21st reveal. You can see a picture of the new design on the right.

Although no reason is given for the change in schedule, it wouldn’t be ridiculous to assume it has something to do with Arsenal’s transfer business so far.

The signings of Sokratis Papastathopoulos and Lucas Torreira dragged on a bit longer than expected, meaning they couldn’t be used in any promotional content for the kit up until this stage.

By July 12th, it’s possible both will be announced as Arsenal players. Then the club can push out the kit and get people buying it using the allure of a couple of new signings.

Alternatively, maybe the explanation is much simpler, and Puma just ran into some production problems. Either way, the kit should hit the shelves very soon.