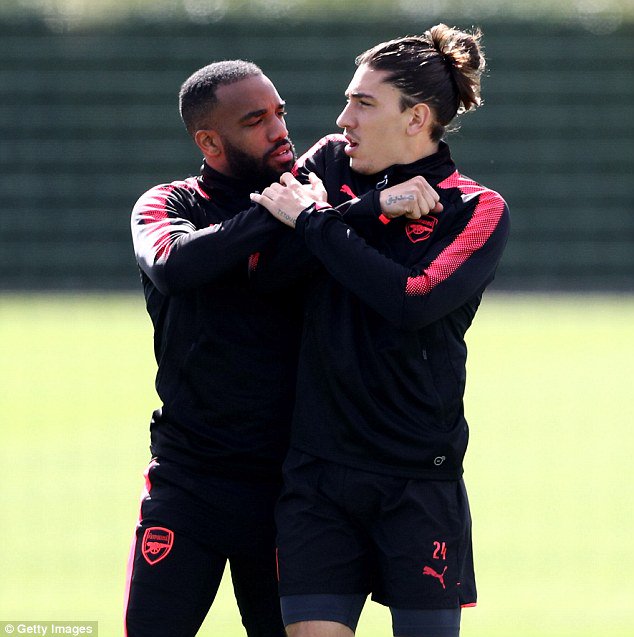 Alexandre Lacazette and Hector Bellerin poked fun at the English media with their goal celebration against Burnley on Sunday, as Arsenal ran away 5-0 winners.

Lacazette scored the second goal of the game in the first-half, assisted by a nice cutback from his Spanish teammate. Afterwards, the pair appeared to square up to each other, as if preparing for a fight:

Watching Match of the Day, I’ve just spotted the Lacazette-Bellerín celebration. Clearly a reference to that “bust-up” nonsense. Love them. pic.twitter.com/Sh1SaD3PcJ

The celebration was a clear reference to some nonsense from the English media recently. The Daily Mail originally posted a picture of the two players play-fighting along with the headline “Tempers flare in Arsenal training as Alexandre Lacazette and Hector Bellerin clash”.

It was complete rubbish, and both players responded on Twitter to prove it:

Now they’ve taken it a step further by making a mockery of the reports on the pitch. Clearly there’s no bad blood whatsoever between the two players, that much was clear from the start. As long as they’re getting goals and assists though, it doesn’t really matter either way.

It’s no wonder the media are looking everywhere for controversy, as Lacazette has nine goals in his last 10 games for the club. That doesn’t generate clicks like their stories about the ‘Arsenal flop’ getting involved in ‘bust ups’.

Hopefully they both continue to shut the media up in the remainder of this week and next season.