Arsenal were one of a number of clubs to meet with the representatives of Napoli’s midfielder, Jorginho.

According to a report from Brazil, the player’s agent met with the Gunners, Manchester City, Manchester United and Liverpool regarding a move for the 26-year-old who is said to be worth at least £50m.

Jorginho still has two years left on his current contract in Series A and is a key player in Maurizio Sarri’s side. His contract does not contain a release fee.

Speaking at the start of March, his agent, Joao Santos, admitted that the player could move this summer but that he could also renew his contract with the Italians. 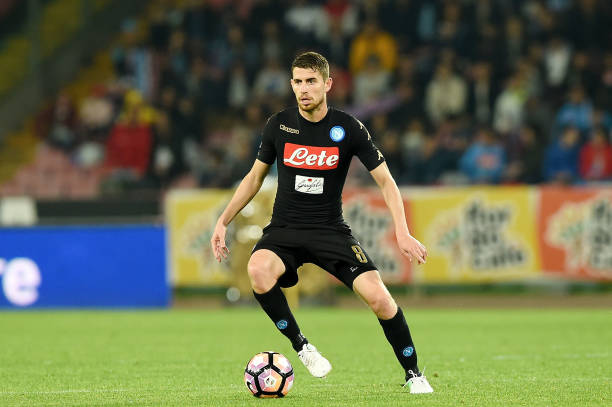 “It’s normal for European top clubs to keep players of this type in their radars,” said Santos. “We’re waiting for May. We wish Napoli could win the league. Then if Napoli wants to renew the contract, we talk about it.

“The same if they want to sell Jorginho. There are no official and concrete proposals for him from UK. I don’t know if De Laurentiis will call me at the end of the season to extend the contract of the player. I suppose that.”

The defensive midfielder could be just the kind of player Arsenal need at the moment. He is a very strong passer of the ball, but also contributes well out of possession.

Jorginho averages 2 tackles and 1.5 interceptions per game, and WhoScored list ‘concentration’ as one of his strengths.

If Arsenal have to compete with Manchester City, Manchester United and Liverpool, it’s going to be tough for them to convince the Brazilian-turned-Italy international to join without Champions League football.

Napoli, for their part, are keen to renew his contract.

In mid-March, Gazzetta dello Sport claimed the Italian club have been so impressed with the midfielder’s performances this season that they want to offer him a new deal.