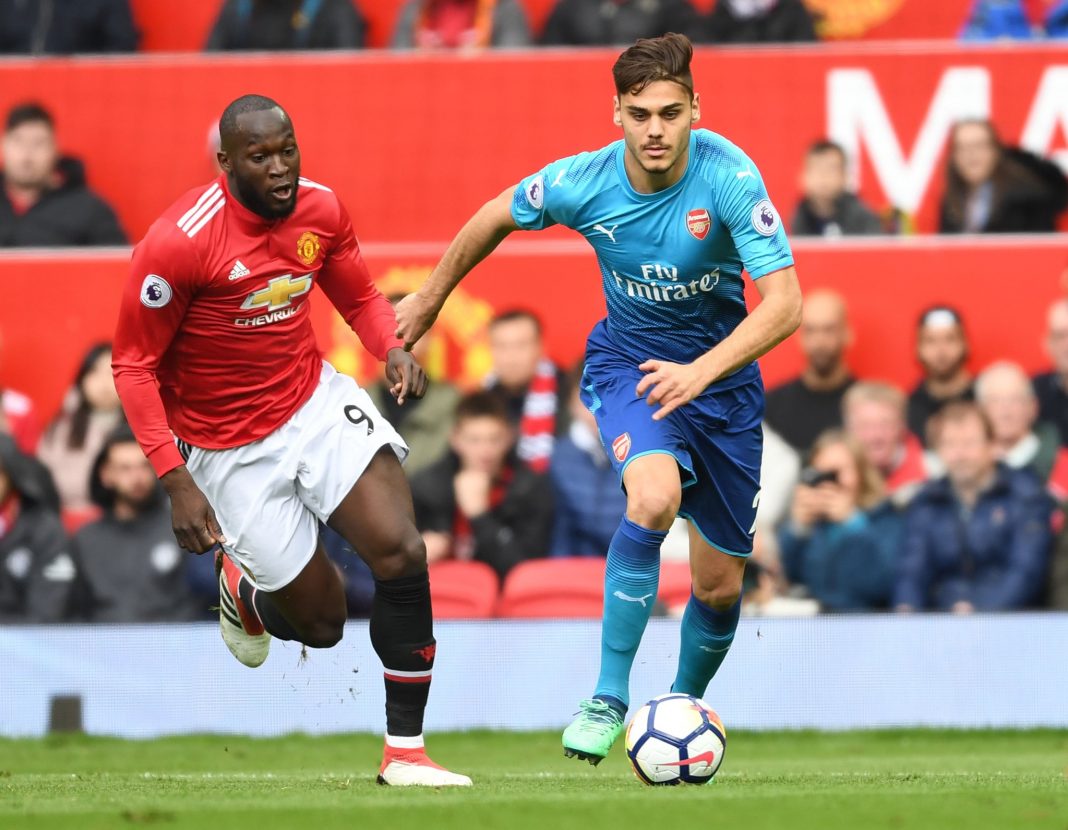 Romelu Lukaku is a doubt for the FA Cup final, according to manager Jose Mourinho, after a tackle from Konstantinos Mavropanos forced him off with injury on Sunday.

For a man who only turned 20 in December, Mavropanos certainly has a massive physical presence, and unfortunately Lukaku was on the receiving end of a particularly tough – but fair – challenge from the Greek defender at the weekend.

Manchester United manager Mourinho admitted he isn’t sure whether the striker will recover in time to face his former employers, Chelsea, in May’s cup final.

“I don’t know if he is going to be out,” he said. “Or if he’s not okay. He wants to play all the time. He’s never tired and, when he has small things, he doesn’t care. He still wants to go.

“So, for him to say immediately, to change him, it is because he couldn’t play. But there are three more weeks until the final, so let’s see. I know it was on his foot but I don’t know more yet.”

From the sounds of things, we won’t know for a few days just how bad the striker’s injury really is.

Regardless of Lukaku’s participation, the Wembley final promises to be full of Arsenal influence. Alexis Sanchez will hope to add to his semi-final goal to secure his third FA Cup trophy, whilst Olivier Giroud will attempt to do the same to win his fourth.

Unfortunately, Arsenal as a club won’t be adding their fourth trophy in five years, after an early exit. Still, they have the opportunity to trade trophies with Manchester United by winning the Europa League.

Hopefully they can keep those hopes alive by getting past Atletico Madrid on Thursday.