This week we spoke to former Arsenal midfielder Emmanuel Petit about the upcoming games against Manchester United and Atletico Madrid, and he suggested that the Gunners need to forget the Premier League at this point.

Petit, of course, was part of the team that beat Manchester United at Old Trafford on the way to Arsene Wenger’s first double back in 1997/98. He knows as well as anyone the scale of the rivalry between the two clubs.

This weekend though, he insisted that Arsenal can’t pay too much attention to their match at Old Trafford. He knows the game on Thursday is much too important for that.

“The most important game is not Manchester United,” he told Daily Cannon. “The fact Arsenal are three points ahead of Burnley with two games in hand, and three or four games to go? They are not in danger with Burnley anymore.

“So they’ll be in European competition next season, either in Europa League, or Champions League if they win the Europa League this season.

“For me, the most important game is the return game against Atletico, for sure.” 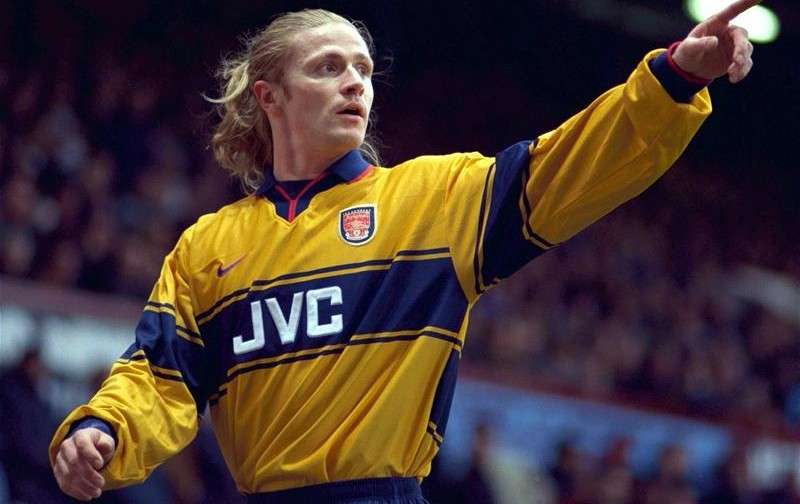 As for that tie against Atletico Madrid, Petit thinks Arsenal are unfortunate not to be taking a lead to the Wanda Metropolitano. He admitted his disappointment at the way the team ended up throwing the game away earlier this week.

“Yeah, unlucky for Arsenal, when you have so many opportunities to score, to make a difference on the pitch, to take a very good advantage for the return game,” he said.

“Of course they [Atletico] had a very good defence with a great goalkeeper, but it’s so disappointing to concede that kind of goal. It’s not really Atletico who did everything to score that goal, it’s more focused on the Arsenal mistakes. Personal mistakes, one after another, then all of a sudden they score a goal.

“So frustrating, I could imagine the players’ frustration after the game, and Arsene’s frustration. Playing 11 against 10 for 90 minutes, having so many opportunities to score and then you draw.”

As we all know by now, there’s a massive difference between Arsenal’s form at home and away this season. Wenger’s side have one of the best records in the league in their own stadium, but only a handful of wins on the road.

“I know, it’s weird,” Petit said of the disparity. “But for me it’s a mental problem. I’ve seen Arsenal making so many problems [for themselves] against average teams in the Premier League. Just because the opponent uses physical ingredients, mental ingredients.

“They aren’t beautiful with the ball, but they’re warriors, competitors on the pitch. Playing against that kind of team, [Arsenal] are in trouble. They love to play against a team that can play beautiful football technically, but they hate playing against a hard team.

“Teams like Burnley, they come and they kick your face all the time. Arsenal don’t like that. This is something that must be changed in the dressing room. It doesn’t matter how beautiful you are when you get the ball, what matters for me is how ugly you are when you don’t have the ball.”

Unfortunately, the game today against Manchester United and the match against Atletico Madrid are both away from home. They’re also against two physical sides who aren’t afraid to kick you around.

Hopefully the team see it as an opportunity to overcome their mental block and keep the season alive. We’ll have to wait and see if that’s the case.

Emmanuel Petit is a Paddy Power ambassador. Read his columns and more over on news.paddypower.com