Sven Mislintat has reportedly reassured Arsenal that his relationship with Thomas Tuchel will not be a problem should the manager replace Arsene Wenger at the club.

Over the weekend, German publication Kicker set the Arsenal world a-blaze with claims that Tuchel not only turned down the Bayern Munich job but had ‘already signed’ with Arsenal to replace Arsene Wenger.

This brought up the thorny issue of Mislintat and Tuchel with the pair said to have a poor relationship when at Borussia Dortmund together.

Kicker address this in their Sunday piece, claiming that Mislintat has ‘assured’ Arsenal that there will be no problem and that ‘he will always submit to club interests and will always do his work loyally.’

Mislintat previously said about his time working with Tuchel, “There were many things in the time that I would have liked to have done without, Thomas Tuchel probably too, and in the end it has hurt us all.” BvB general manager, Hans-Joachim Watzke, admitted that Mislintat had been ‘treated like a leper’ for 18 months prior to his departure for London.

There is, of course, still no indication that Arsene Wenger will leave in the summer despite everyone on the planet, except him, thinking this is the best course of action.

Speaking over the weekend, the boss turned to age discrimination as the reason that people wanted him out of the job, a ridiculous assertion.

“Look, when you age, you focus on doing well for your club and ignore all the rest,” Wenger told beIN SPORTS.

“The older you get, the more it becomes age discrimination. I accept if the results are not good enough then you have to take the consequences. 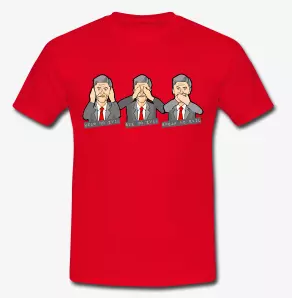 “But overall that perpetual thing how long you been at a club, how old you are, I find that a bit difficult to take. But all the rest I have to accept because I am in a public job and have to make results and I accept I will be judged on results.”

There is certainly a discussion around how long Wenger has been at Arsenal but his own age rarely enters the discussion in any serious way.

Back to Tuchel and it is claimed that Chelsea are also interested in signing the former Dortmund man when they finally get round to sacking Antonio Conte at the end of the season, despite him bringing the Premier League back to Stamford Bridge less than 12 months ago.

PSG are also eyeing up the 44-year-old as they get ready to part with Unai Emery this summer.7 signings Sven Mislintat could recommend for key Arsenal position this summer

Arsenal, meanwhile, will most likely enter into 18/19 with Arsene Wenger still at the helm. Although Kicker claim a deal to bring Tuchel to Arsenal is done, I wouldn’t go throwing any parties just yet.