I was compiling a reaction piece to the news that Danny Welbeck wouldn’t face any UEFA punishment for falling over in the box when I searched for ‘English players who dive’ on Google.

You can read that article here

I was looking to give examples of players still in the game who would come to mind quicker than Danny Welbeck and was being lazy.

What I didn’t expect to find was the entire first page of search results for ‘English players who dive’ to be all about Arsene Wenger. 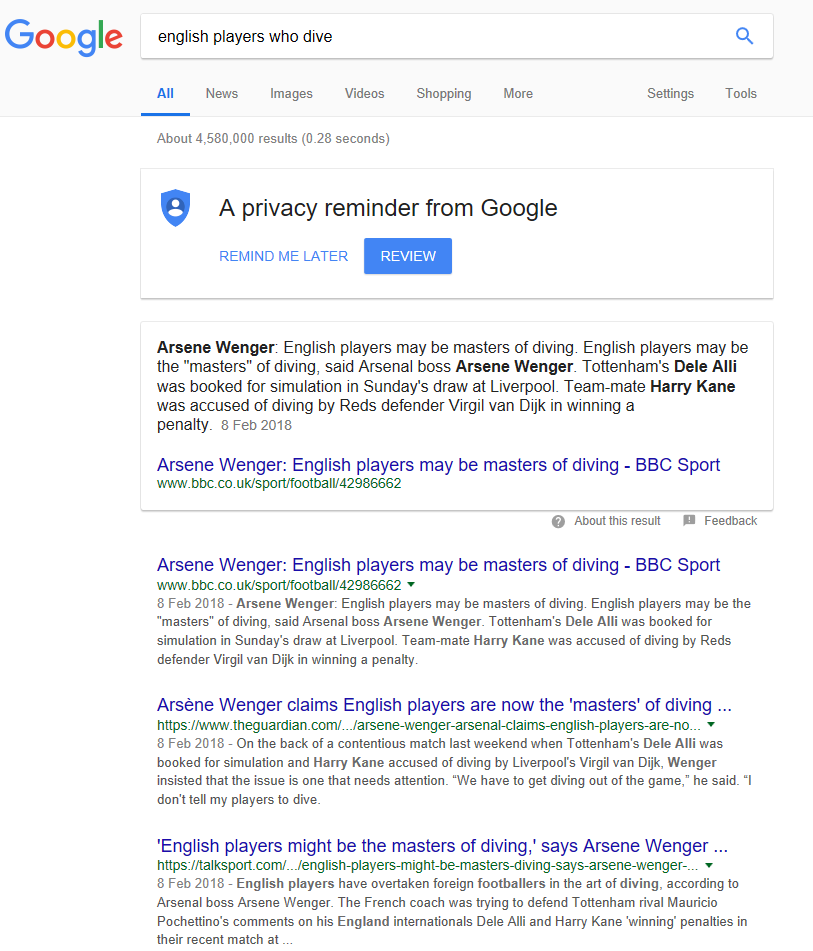 Another weird thing was that I didn’t find was any reference to UEFA considering punishing Dele Alli or Harry Kane retroactively for diving in the Champions League.

While I can’t remember any specific instances, I know those two players enough to know they’ve managed to get away with a few dives each in the competition.

Where was the call for them to be banned by the media?

Where is the UEFA statement that they were even considering punishing them?

Meet Danny Welbeck. This generation’s Eduardo (without the finishing ability).