Frieburg chief, Klemens Hartenbach, has responded to the rumours that Arsenal want to buy Caglar Soyuncu by saying they will need to pay more than £30m to land the 21-year-old.

The 6ft2 defender signed for Freiburg in the summer of 2016, arriving from Altinordu for a fee of £2.93m.

50 appearances later and he was supposed to be worth £30m but the Bundesliga side want more for him.

“We received no request from Arsenal,” he told Badische Zeitung.

He then said of the reported £30m valuation, “You’d have to put a bit more on that.”

“We agree that Caglar should play for us in the upcoming season.”

Soyuncu is under contract until 2021 and the Bundesliga side were reluctant to let the 21-year-old leave so soon after fighting off stiff competition to sign him from his homeland even before these latest comments.

Good on the ball and strong in the air, Soyuncu has been the subject of discussions at Arsenal as they try to identify which player they should move for to reinforce the centreback position.

His other strengths include his blocking ability. He does, however, suffer from problems with concentration and can commit fouls too often. I don’t know about you, but that sounds like he would fit in perfectly at Arsenal. 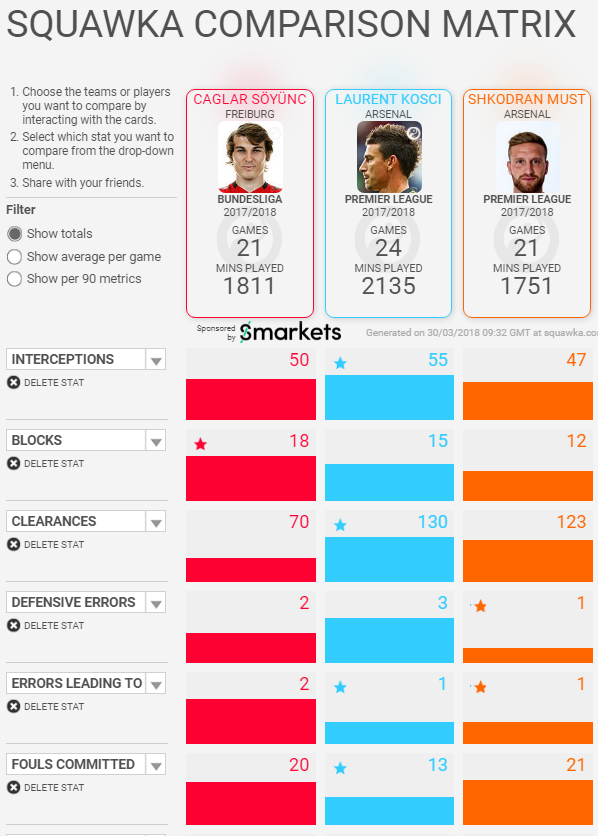 The youngster is also a full Turkey international with 13 caps to his name, his latest coming as a starter for his country against Morocco in this round of international friendlies.

Soyuncu is said to be a personal recommendation by Sven Mislintat.

We recently covered reports of the four areas Arsenal’s new head of recruitment wants to strengthen over the summer, which you can check out here.

One of these areas is the back line as the club look to replace and reinforce a group that are mostly ageing, injury prone, retiring or inexperienced.

Soyuncu is a relatively new name added to a growing list. You can check out the other centrebacks Mislintat is reportedly considering here.