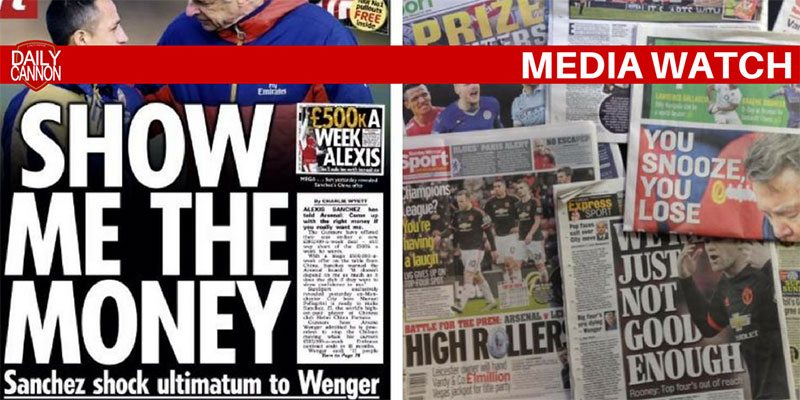 Dele Alli and Harry Kane dive on a weekly basis to win Spurs games yet when Danny Welbeck does it once suddenly it’s headline news and more important than Arsenal’s fantastic Europa League win.

If you were wondering would Danny Welbeck be labelled a ‘cheat’ or clever’ for his dive against AC Milan, then wonder no more.

Arsenal put five past AC Milan over the course of two legs, but the papers are making the biggest deal about Welbeck’s dive – and let’s be clear here, it was a dive and should not have been a penalty.

Of course, we don’t want to see that sort of thing at Arsenal, it’s all so very Spursy, but the point must be made that those same Spurs players have been diving for ages, their manager admits freely and openly that his team dive and cheat, yet I’m not entirely sure I’ve seen Tottenham treated like this (maybe because I don’t look) even though they regularly win games and points through the so-called ‘dark arts’.

So, a look around the papers today and this is how many of them are dealing with Arsenal beating one of Europe’s great teams by four clear goals:

The Guardian, it should be noted, did not lead with any sort of ‘dive’ angle:

And just in case you were wondering, @7amkickoff was all over the Mirror and John Cross’s hypocrisy.