When Arsenal fans blame injuries for a lot of the club’s problems, they’re not joking. In March 2017, the Mirror reported that the Gunners were by far the most injured team in Premier League history.

It wasn’t just hampering the odd result either, for almost a decade Arsenal were suffering from injury crisis after crisis where the amount of players sidelined was practically in double-digits, Wenger was fielding children and the Gunners repeatedly fell behind the pack. It almost definitely cost us titles.

“First of all, we rotated more in the Europa League and was able to rest more players,” Wenger told Arsenal.com. “Afterwards, you always improve by learning from the seasons before, you learn more about the general concept of our training intensity.

“We also learn more about the individuals. We have a deeper analysis of what happened with the player last year, whether he got injured, how many games he played in three weeks and after he got injured. From the player’s injury history, you learn when to rest him and when to play him. 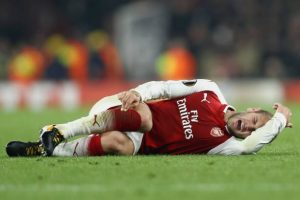 “It’s about adapting the training loads to the history of the individuals. It’s also about strengthening where they’ve had weak moments in their history.

“When you play every three days, you weaken your players. When you rest them – and sometimes during the week when they do not play – you can work them to strengthen their physical condition. After that, they’re a bit less vulnerable.”

This season, we’ve seen a pretty marked improvement. Although we have been blighted by the odd patch of injuries, there’s not been as many and the players’ stints on the sidelines haven’t been nearly as long. 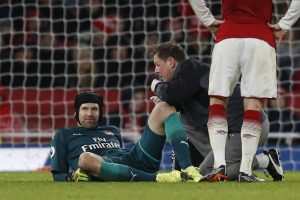 When Wenger says a player is out for weeks, now, it actually means weeks rather than months.

As the boss says, a lot of this is down to having the strength in depth.

The Frenchman rotated numerous times during the busy festive period and we seem to have come out of it mostly unscathed.

Adapting certain players when it comes to their weaknesses and how they fared the previous seasons seems like it should be common sense, which does make me wonder why it wasn’t happening before.