Thierry Henry has been forced to explain his recent ‘brutal advice’ for Neymar after his comments were taken too seriously by the media.

Henry has been a football pundit for almost four years now. According to the Daily Mail, the Arsenal legend signed his £4m-per-year contract with Sky in 2014.

Therefore, he should know that the media don’t have a sense of humour when it comes to grabbing headlines.

No matter how obvious the joke is, they’ll pretend not to understand the punchline if it means getting clicks.

And this is what’s happened with Henry’s latest comments about how Neymar will always be in Lionel Messi’s shadow and, if the 26-year-old isn’t okay with that, he needs to find another sport.

“I don’t know if Neymar left Barcelona to get out of Messi’s shadow,” the Frenchman said, reports Marca.

“What is true is that all players are in Messi’s shadow, and if Neymar doesn’t want to be, he should change sport.” 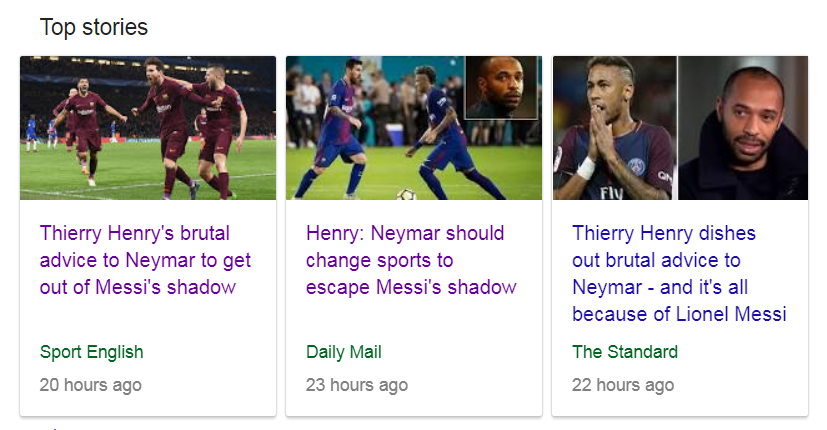 Henry obviously meant that all players are in Messi’s shadow because he’s who most fans consider to be the best in the world.

The 30-year-old probably will continue be until he retires.

It wasn’t a specific dig at Neymar or, as the media are claiming, ‘advice’ for the former Barcelona forward. Henry was just pointing out the obvious.

Of course, the press and some fans haven’t taken it that way and the pundit has been forced to explain himself on social media.

Still, as silly as this all it, as I previously mentioned, Henry isn’t new to the game.

The 40-year-old knows exactly how the media and headlines work.

Is he really that surprised that his comments, which appear to be having a dig at a £200m player, have blown up?