Alexandre Lacazette’s five-week injury lay-off is further proof of how stupid it was to sell Olivier Giroud in January.

Last week, Arsene Wenger confirmed that Laca had undergone surgery on a knee problem, which he heavily implied was ongoing. He suggested that this could be one of the reasons behind the 26-year-old’s goal drought.

If this was the case and the striker was already struggling on the pitch, why did Arsenal then sell their third-best striker – Olivier Giroud – in January, knowing that Pierre-Emerick Aubameyang was ineligible to feature in the Europa League?

Surely they would have known that Laca would be their only serious option up front in a competition that’s one of their only genuine chances of silverware this season?

If this is the case, selling Giroud seems downright stupid.

“He got a surprising swell of the knee after the game against Tottenham and he needed surgery very quick,” Arsene Wenger told beIN Sports.

“It’s a massive blow for us and we have to find a solution. Nobody could predict that.

“Football does unpredictable things and it’s always a good opportunity for someone to step in and do well.

“I think he recently must have felt something in his knee. Maybe that’s an explanation as to why he wasn’t scoring as many goals as he’s used to.”

To say Laca must have ‘recently’ felt something wrong with his knee suggests, as the likes of the Evening Standard are reporting, that the problem was ongoing. It doesn’t sound as if it suddenly happened in the Spurs match or was a surprise.

Unless Laca kept it to himself, which would have been incredibly irresponsible.

Presumably then, Arsenal could have predicted the Frenchman would be out of action at some point between January and the end of the season and having Giroud there as back-up would have been useful.

No Arsenal fan in their right mind wanted to sell Giroud last month. The 31-year-old was a fantastic option to bring off the bench and start in cup matches.

Although the France international wanted more game time ahead of the World Cup, I doubt he would have taken much persuading to stick out the season in north London and, oh I don’t know, not sign for Chelsea.

A rival in desperate need of a forward, who refused to loan Arsenal Demba Ba in 2013 because they didn’t want to strengthen us.

In Giroud, Arsenal had their infamous plan B.

The striker who, despite being off the boil this season due to lack of playing time overall, scored 62 of his 105 Arsenal goals in the second half of matches.

The guy who was statistically the most prolific super-sub of last season. 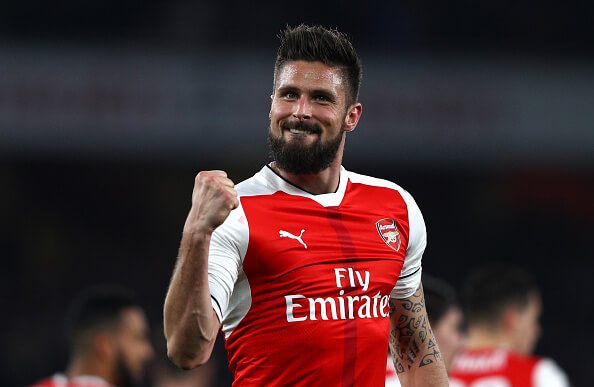 The thing is, Giroud only had until June 2019 on his Arsenal contract so, while fans didn’t like that Giroud was leaving, especially for a rival, we sort of made our peace with it.

Arsenal were signing Pierre-Emerick Aubameyang for goodness sake – why get so upset over Giroud amicably heading for the exit?

Lacazette has been ruled out for five weeks after undergoing knee surgery to fix the aforementioned ongoing problem and, with Giroud no longer at the club, Arsenal are having to rely on Danny Welbeck for their Europa League clashes, which is far from ideal.

During his talk with beIN Sports, Wenger claimed that football, i.e. Laca’s surgery, is unpredictable but if the problem had already been there, how so? In fact, surely that makes his lay-off very predictable indeed? 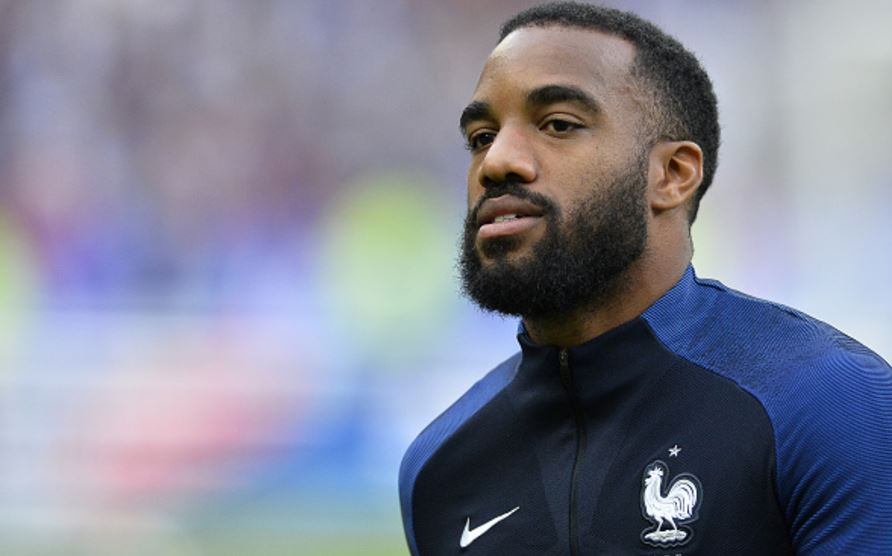 If Wenger is blaming the striker’s goal drought on this injury, this could mean he’s been suffering since last year.

Although Giroud was injured in January himself, he’s already back fit and firing for Chelsea. He would have been available and ready to prove himself in the Europa League, as well as the Carabao Cup final against Manchester City if called upon.

How has this happened?

It’s the bizarre lack of planning and awareness that gets me.

Let’s just say that Lacazette’s injury occurred more recently that we’re assuming. Perhaps he only felt something wrong in the run-up to the Spurs match? Although this would go against Wenger’s theory that his knee problem was the reason behind his lack of goals recently.

If that’s the case and Wenger didn’t expect the Frenchman to get sidelined, he still would have known about Aubameyang being cup-tied. Giroud still could have been a brilliant back-up to Laca in the Europa League.

Furthermore, has Laca been overplayed because Giroud’s gone? I’m sure if the striker was struggling with his knee, he would never would have been brought on against Spurs – Giroud would.

A fit Giroud is better than an injured Lacazette any day.

On the other hand, perhaps Wenger never wanted to sell Giroud, just like he probably didn’t want to sign Aubameyang in January. This could just be another example of the boss losing his grip on the club and certain parties refusing to communicate.

When Wenger spoke to beinSPORTS, it didn’t sound like he had any idea about Laca’s knee problem until after the surgery. As his manager, surely he should?

Does Laca’s injury lay-off and the selling of Giroud therefore point to more a serious underlying problem when it comes to the way Arsenal staff, players and the manager communicate behind the scenes?

Following Euro 2020, How Could Arsenal Line Up to Get the Best from Bukayo Saka?