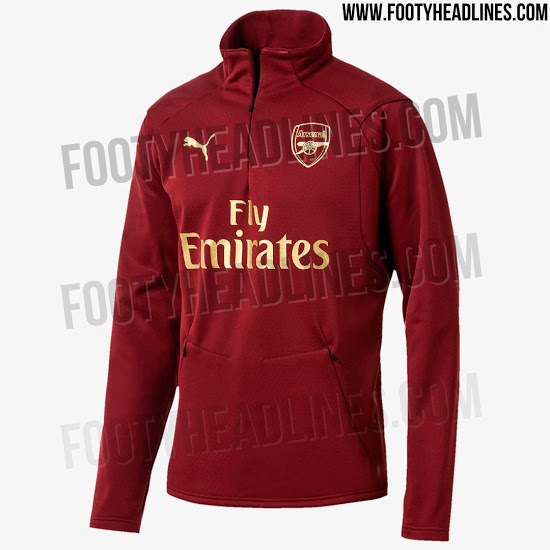 Arsenal’s 2018/19 training kit collection and home kit colours have been leaked, according to reports.

Footy Headlines posted the pictures of the new home kit colours on Monday.

It seems the club plan to stick with the standard basic colour scheme, but with a slightly different red, described by the website as “heather red”:

As well as that, Footy Headlines also leaked some of the training kit collection.

It seems Puma plan to take inspiration from the club’s final season at Highbury, with a maroon and gold jacket.

That’s likely to go down well with fans, many of whom are still very nostalgic about the old stadium.

The second jacket in the training kit collection is brown, but with the same gold lettering and logos: 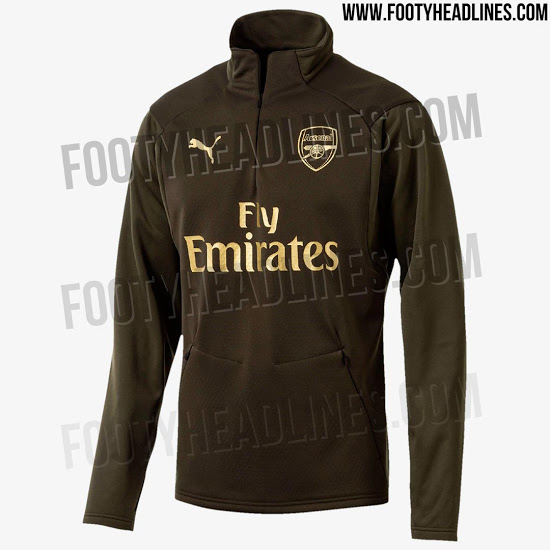 Finally, they posted a couple of full zip down jackets, using similar colour schemes, but without the “Fly Emirates” lettering: 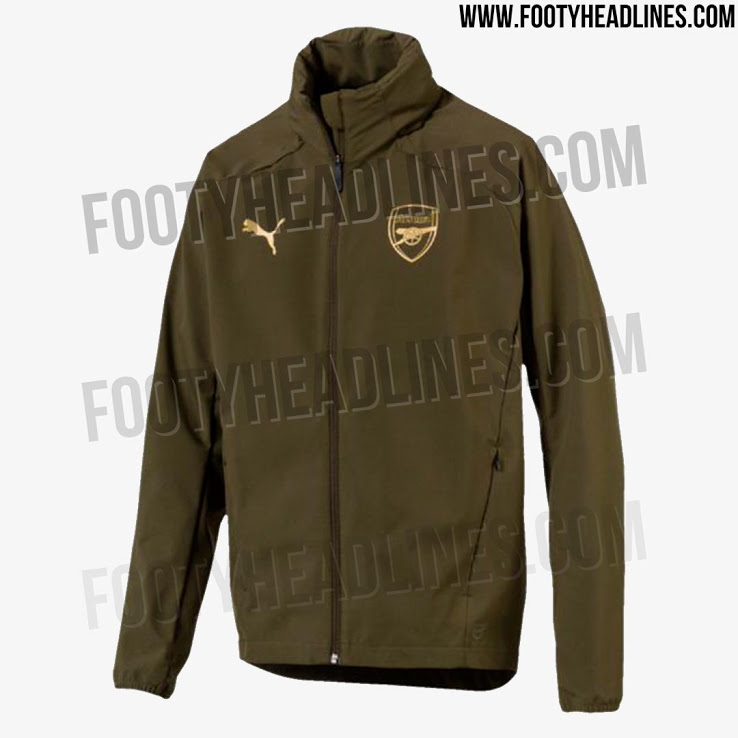 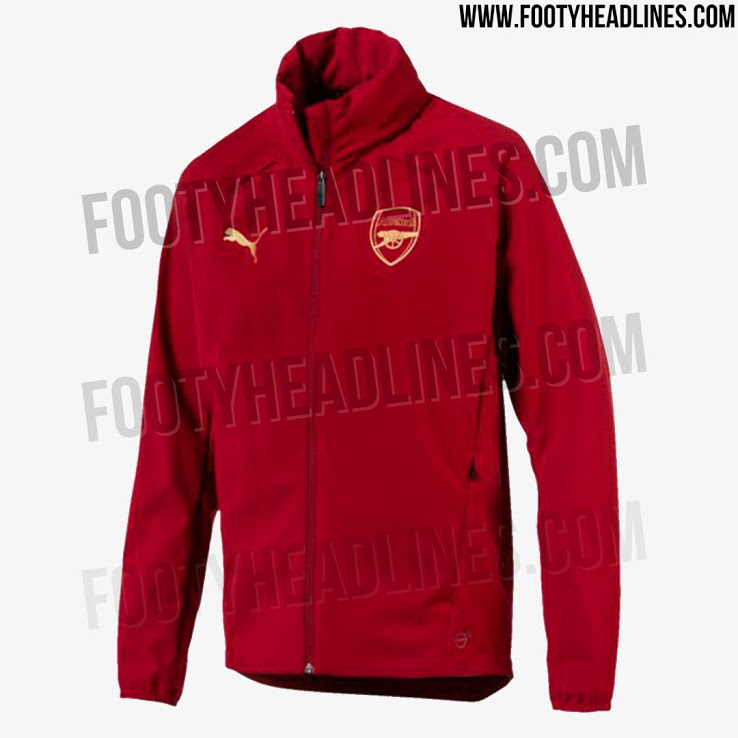 It probably won’t be long until we get to see the new kits in full.

Last year, all three kits had already leaked by February.

It’s not particularly surprising, given they have to finalise the design and send it out to the manufacturing companies ahead of the official announcement.

We’ll see how long the official kit pictures stay under wraps this time around.