After Arsenal and Manchester United completed their Alexis Sanchez-Henrikh Mkhitaryan swap-deal, we looked at how the two players compare this season.

Starting with Alexis Sanchez, most Arsenal fans should have a pretty good idea of what the Chilean brings to the table. His game has been based around goals and, but he’s also creating a number of chances and taking on players on a regular basis.

Alexis’ chance-creation is high, but his assists are down. Passing in general certainly wasn’t a strong point for the former Gunner this campaign either. For whatever reason, he just wasn’t on the same wavelength as his teammates this year. 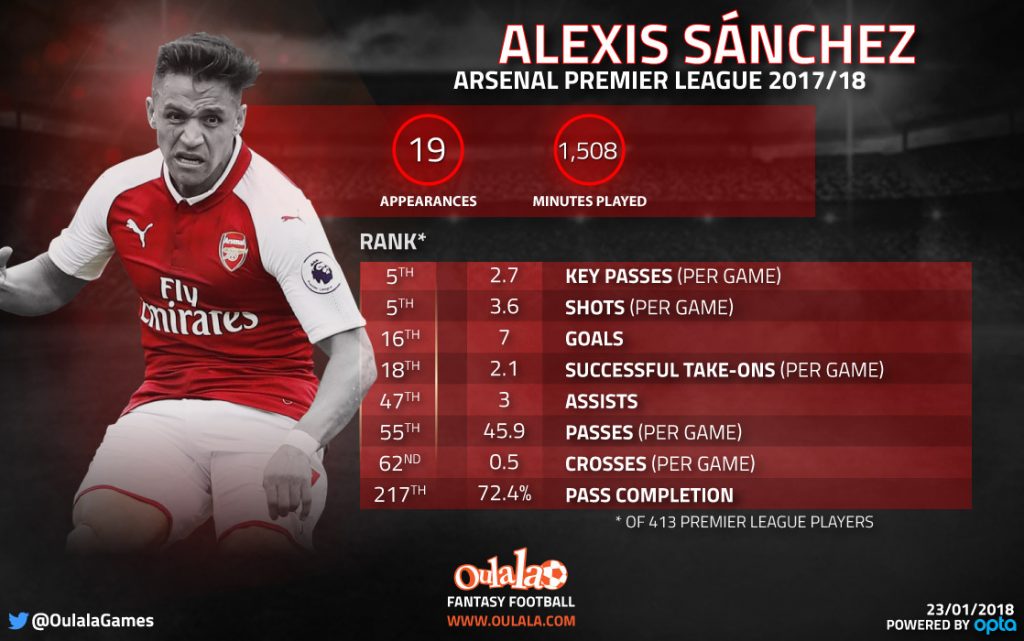 So how do those stats compare to Mkhitaryan’s?

For a start, the Armenian was nowhere near as involved in the scoring with United this season. He only took one shot per game, compared to Alexis’ 3.6. As a result, he only scored one goal, and the former Barcelona man scored seven. 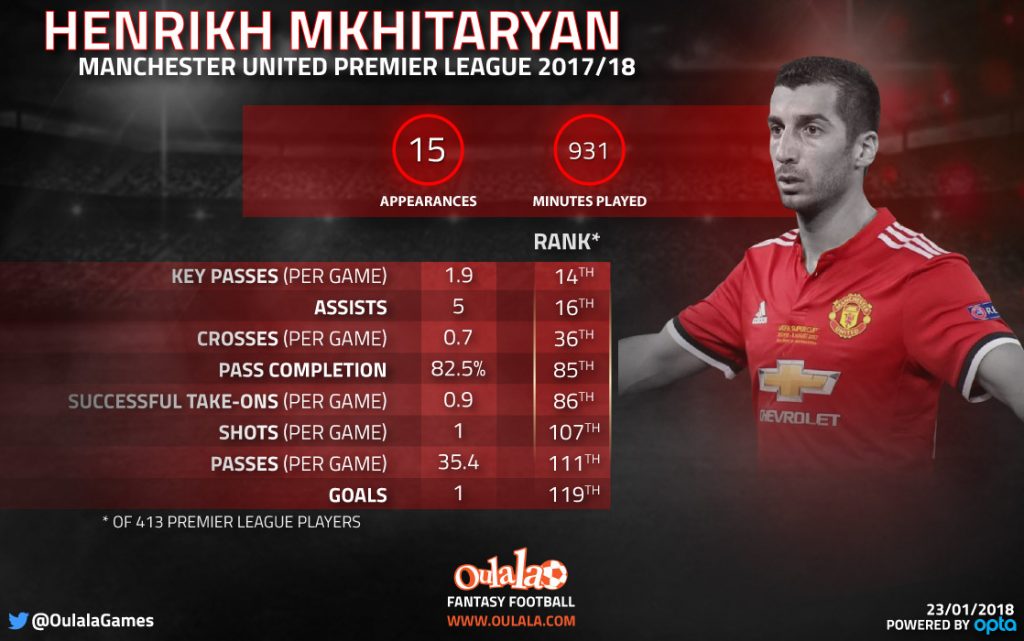 Mkhitaryan’s pass completion rates, and crosses per game, also trump the ex-Gunner’s. Alexis wins fairly easily on successful take-ons, which might be an issue should Arsene Wenger start Mkhitaryan in a wider role.

Overall, Mkhitaryan created more goals, and was better in possession. Alexis scored more and was better in one-on-one situations. To me, it sounds like both players are joining clubs where their talents are required.

The Gunners suffered every time Alexis lost the ball, but Manchester United could use another direct attacker who provides goals. Hopefully this deal ends up working out for all parties involved.

Where does Arsenal’s season rank in their worst so far?

Arsenal only side to commit under 300 fouls this season