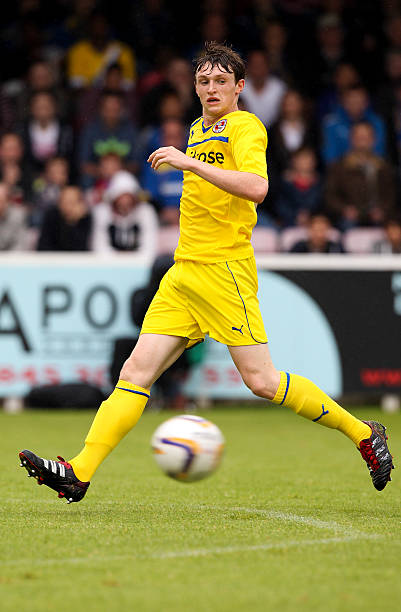 Niall Keown admits that while he’s carved out his own career as a centre-back at Reading and Partick Thistle, there was a certain amount of pressure growing up as Martin Keown’s son.

Speaking to the Herald, Niall revealed that Martin, who won the Premier League three times with Arsenal, has a hands-off approach when it comes to the 22-year-old’s football career.

“He was always quite hands-off and never forced me into doing anything, but he is delighted with me playing at Partick Thistle,” Niall said. “He comes up to watch the games whenever he can and he just loves it.

“If he offers me some pointers, I never really turn round and tell him to get lost, and if he comes and sees something that he thinks I should take on board, then I’ll listen to what he has to say.

“I think he can see that I’m in a good place right now for my development. He can see how competitive the league is.

“He’s very much happy with that, and for me, with the stage I am at in my career, it’s very much about playing as many games as I can and developing and improving my game, which is exactly what I’m doing at Thistle.

“At the end of the day, I need to make my own mistakes and make my own way. If I can be as half as successful as dad though, I’ll be doing OK.”

The defender also mentioned that there was some pressure growing up as the former England international’s son. After all, Martin is an Arsenal legend and is currently one of the most recognisable football pundits out there.

“At the start, there is an element of that when you go into a new dressing room, particularly from any players that have been Arsenal fans,” he said.

“It is probably interesting for anyone to have that insight into what any group of players are like on and off the pitch. I know that I would always be like that if I meet a big player. I’d always want to know what their habits were, if they did extra training, what was their mentality both on and off the pitch?

“I probably had more pressure growing up in the sense of there being an expectancy from players that I would meet when I went into an academy because of who my dad was, but once you have settled in after a couple of months, you become accepted for the type of player you are, and you build your own reputation.

Big 3 points for us today! We dug deep for that one 😅 happy to get the goal and a clean sheet ⚽️ pic.twitter.com/lP3CWNBaMG

“I understand that people are always going to make some sort of comparison. We play in the same position. Everyone has their right to do that, but I don’t really take any notice of it. I know I am my own player. Yes, we have similar attributes, but we have different styles too and different opinions on things.

“I think you have to use that pressure in the right way. I’m competitive in that sense, but I never see it as a negative and I try not to let the pressure get the better of me.

“It’s always going to be there that my dad played the game too, but I have to put that to one side, and everything I do is to try to build my own career and not have what he did in the game looming over me.

“I try to use that to give me a competitive edge, and I suppose in a way, try to emulate what he did in the game.”

Despite this, Niall’s managed to carve out a name for himself without the help of his surname and that must feel brilliant.

Niall was at Reading from 2011-2017. While there, he only made two senior appearances but featured 62 times for their reserves.

Made the fan on the left's day with this picture 📸 pic.twitter.com/pg3n06jFl3

In January 2017, Niall had a trial at Partick Thistle and ended up staying there for the rest of the season on loan.

He completed his permanent move up to Scotland in July.

The young defender has made 39 appearances over all competitions and scored two goals, including his time on loan.