Olivier Giroud’s agent Michael Manuello has ruled out a move to Turkey or China during the January transfer window.

Giroud could face an uncertain future at the club if he continues to be left out of the starting eleven. With a place in France’s team for the World Cup up for grabs, his lack of starts could be an issue.

The 31-year-old  had recently been linked with a move to Fenerbahce, but his agent Michael Manuello has said his client is not interested in leaving just for money.

“He listens, watches and afterwards he’ll see. There’s no sense in leaving for leaving’s sake,” Manuello told Le Fiagro. “It has to be coherent and bring him something more.

“He’ll get playing time at Arsenal, the second half of the season is important, with competitions to play, even if he’s only playing the Europa League. 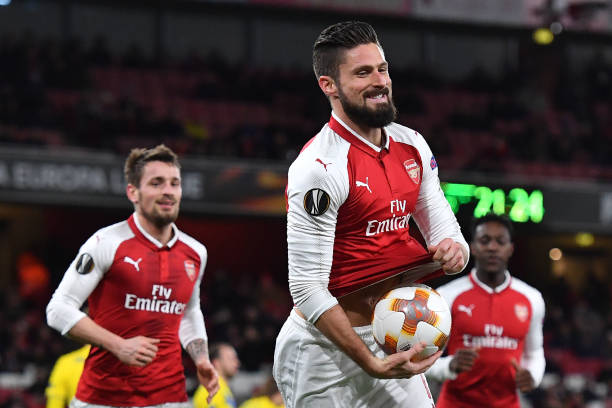 “He’s not interested in [moving to Turkey]. China neither. Leaving to earn more money is not what is foremost in his thinking.

“Olivier never gives up. He fights for everything. Even if you tell him it’s impossible, he’ll listen to you, but he’ll make you understand that he doesn’t think the same thing.”

Giroud has been a regular start in the cups this season. On top of that, he’s made 14 appearances off the bench in the Premier League, making him by and far away Arsene Wenger’s favourite substitute.

The ex-Montpellier man is currently recovering a hamstring injury he picked up in the Carabao Cup quarter-final against West Ham.

While his agent has ruled out Turkey and China as destinations, he didn’t rule out moving entirely. It’s possible that should an offer arrive from a good club, he would consider a switch.

Arsenal will be hoping he stays, as he’s proven to be an excellent backup option who can score important goals.