Thierry Henry believes Arsene Wenger had a plan in mind when he left Alexis Sanchez out of the starting line-up against Chelsea in the League Cup semis.

Alexis was expected to be in the starting line-up on Wednesday night, but found himself on the bench. It’s not the first time this has happened, as the 29-year-old was on the bench when Arsenal visited Chelsea earlier in the season.

While much was made of Arsenal leaving out their best player, Thierry Henry wasn’t so surprised, as he’s experienced the same situation.

“I’ve been in a situation where I played a game in the FA Cup away at Old Trafford and the boss left me on the bench,” he said on Sky Sports. “We won 2-0 there and I didn’t even play, so no one ever remembered that. But I didn’t play when we won 2-0 there.

“So he’s going for something, I think he’s trying to do what he did here in the league. Would you prefer to have Sanchez on the field? I think everyone would say yes.

“But maybe he wants to maybe close the shop at the beginning of the game and see if he can get them on the break with Sanchez after when they’re going to be a bit more tired.

“But those guys are good enough to perform. I think sometimes we tend to focus on who isn’t playing instead of focusing on who is playing. And yes, if Alexis Sanchez is not playing you are going to miss him regardless.”

In the end, Wenger’s decision proved to be a good one. Just as they did earlier in the season, Arsenal managed to get a 0-0 draw with a decent defensive performance. Alex Iwobi and Danny Welbeck were a part of that due to their hard work on the flanks. 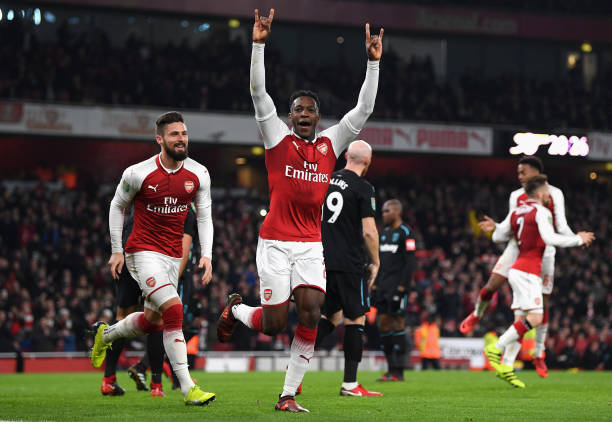 Alexis came on in the second half for an under-performing Alexandre Lacazette, but didn’t influence the game that much.  Perhaps Arsenal might have had a better chance of snatching an away goal were he on the pitch from the beginning.

A goalless draw, though, was a good result to take into the second leg. Alexis will undoubtedly feature in that game should he remain at the club in the coming days.