Borussia Dortmund have contacted Arsenal again about the availability of Olivier Giroud. However, the German club don’t want a swap deal with Pierre-Emerick Aubameyang.

According to French outlet RMC, the German club spoke to Giroud last summer, but couldn’t agree a deal. Now they’re trying again for a January transfer. Their plan is to use the 31-year-old until the end of the season, then sign a long-term replacement for Aubameyang this summer.

Despite the apparent acceptance that the Gabon international could leave in this window or the next, Mohamed Bouhafsi of RMC says there’s no chance of a swap deal. If both players do end up moving, the clubs will agree the transfers separately. 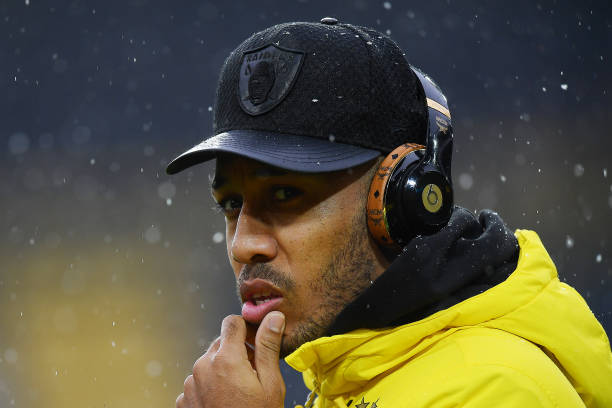 Giroud’s started 10 matches so far for the Gunners this season. Even with his injury, that’s still a very small number for a player with World Cup ambitions. He’s done pretty well with his games, however, scoring seven times, so you can see why Dortmund would want him.

I can’t see Arsenal selling without lining up a replacement first, though. Theo Walcott left for Everton already, and the Gunners don’t have many striking options anyway. If Giroud and Alexis Sanchez leave, Eddie Nketiah would become second choice in the first-team squad.