Apart from Calum Chambers in October, the last person at Arsenal to sign a new contract was Arsene Wenger. Chambers is the only player in 12 months to put pen to paper.

It says a lot when the club’s manager, who most Arsenal fans want to see the back of, is the only person who wants to stay. 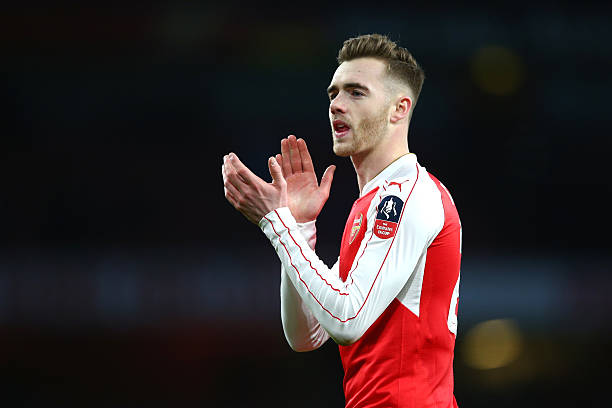 Chambers signed a new deal towards the end of 2017, but the 22-year-old staying doesn’t exactly count as a slam-dunk when it comes to tying important players down. Before that, it was Wenger in May 2017.

The only other players to sign fresh deals, apart from youth contracts and new arrivals, that year were Olivier Giroud, Laurent Koscielny and Francis Coquelin, but that was just over 12 months ago.

One of the trio has now joined Valencia, another could leave this month to Dortmund, and the other looks pretty much past it. The most exciting extension Arsenal fans have probably witnessed in recent years is Hector Bellerin in November 2016.

Other players, like Wojciech Szczesny, Kieran Gibbs, Alex Oxlade-Chamberlain and now Alexis Sanchez have all run their contracts down to the final year before leaving. Meanwhile, Arsenal have made no progress in negotiations with Aaron Ramsey, Mesut Ozil and Jack Wilshere.

Why are the Gunners finding it so hard to tie their most important players down to new deals? My guess is that some of them want more money, and most of them want assurances that we’re going to actually compete in the near future.

Why sign away your career to a club on a downward spiral?

Although Wenger insists he’ll see out his contract, which expires in 2019, everything could change between now and the end of the season, especially given the side’s inconsistent form.

When players like Alexis don’t want to be there, it sends a message. Again, who would want to tie themselves to a sinking ship? You can’t blame them for wanting to wait and see what on earth is happening with their club before turning down what could be a big-money move.

What’s more, as Wenger predicted in September, players will begin to choose to run down their contracts more and more.

If their future clubs don’t have to fork out an extortionate transfer fee, they can spend that money on wages and a tasty signing-on-fee. Their agents also get a decent sum, and as we are all now well-aware, agents have a huge say over where their clients end up.

Alexis’ move to Manchester United has demonstrated exactly what kind of money top players can be pocketing and I only expect it to get more outlandish from here.

All we can hope is that signing a big-name player like Pierre-Emerick Aubameyang will show existing players that Arsenal are trying to rebuild. Hopefully it can convince them to be part of the process.