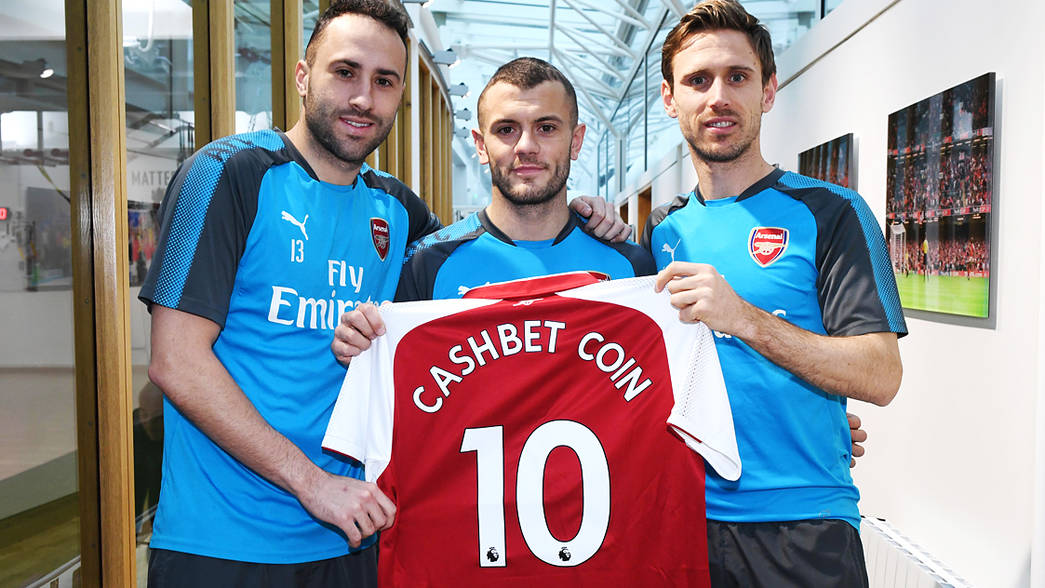 Arsenal have entered a partnership with cryptocurrency company CashBet.

The club have added yet another commercial partner this season by announcing a partnership with CashBet Coin, who will be the club’s first official cryptocurrency and blockchain partner.

The partnership is designed to help CashBet build their global brand through Arsenal’s digital and social media platforms. It will also grant them access to the Arsenal players for new content.

Speaking on the deal, Arsenal’s chief commercial officer Vinai Venkatesham said: “We are pleased to welcome CashBet Coin as our partner. We are looking forward to working with CashBet Coin as they launch their new cryptocurrency.”

CashBet are a company that specialise in skill-based interactive gaming and provide software for iGaming businesses. They’ve launched the new CashBet Coin, a cryptocurrency that can be used on iGaming sites and apps powered by CashBet.

Their CEO, Dr. Mike Reaves, said: “With our ICO for CashBet Coin, we are actively targeting a global, multi-billion dollar marketplace of iGaming content providers, operators and players.

“We are delighted to do so in partnership with one of world football’s true giants in Arsenal, enabling us to build our brand and engage this audience in a meaningful way.”

Arsenal are reportedly the first club in the world to have announced a cryptocurrency partner. The deal is part of a wider effort to expand the club’s commercial partnerships, which have been lacking behind their rivals.